Christmas wishes for our Diggers

This Christmas card was produced by the State Savings Bank of Victoria and is one in a series of Christmas cards in this collection. This card pictured is quite special and unique as it was made to send to the bank officers who had went off to fight in World War One.

The Christmas card is quite beautiful featuring a typical Australian scene on it to help lift the spirits of the Diggers who were off fighting the war. The card depicts a scene with a Kookaburra sitting on an old timber farm fence with gum trees and an old hut in the background. To the right of the card next to the timber fence is a boomerang with the word coo-ee printed on it. The inside of the card features a poem on the left hand side titled "The Dark Before the Dawn", offering the soldiers hope for a new day.

As an Access Services Officer and an employee of Public Record Office Victoria for the last 17 years I have seen a vast variety of records which I have found both fascinating and interesting with regards to events that have happened in the past. This particular Christmas card interests me as it was used as a tool to lift the spirits of those brave troops who fought a war in a foreign land to ensure the liberty of the world continued. This card would have helped the soldiers through the festive season by making them feel that they were not forgotten by the men and woman at home. 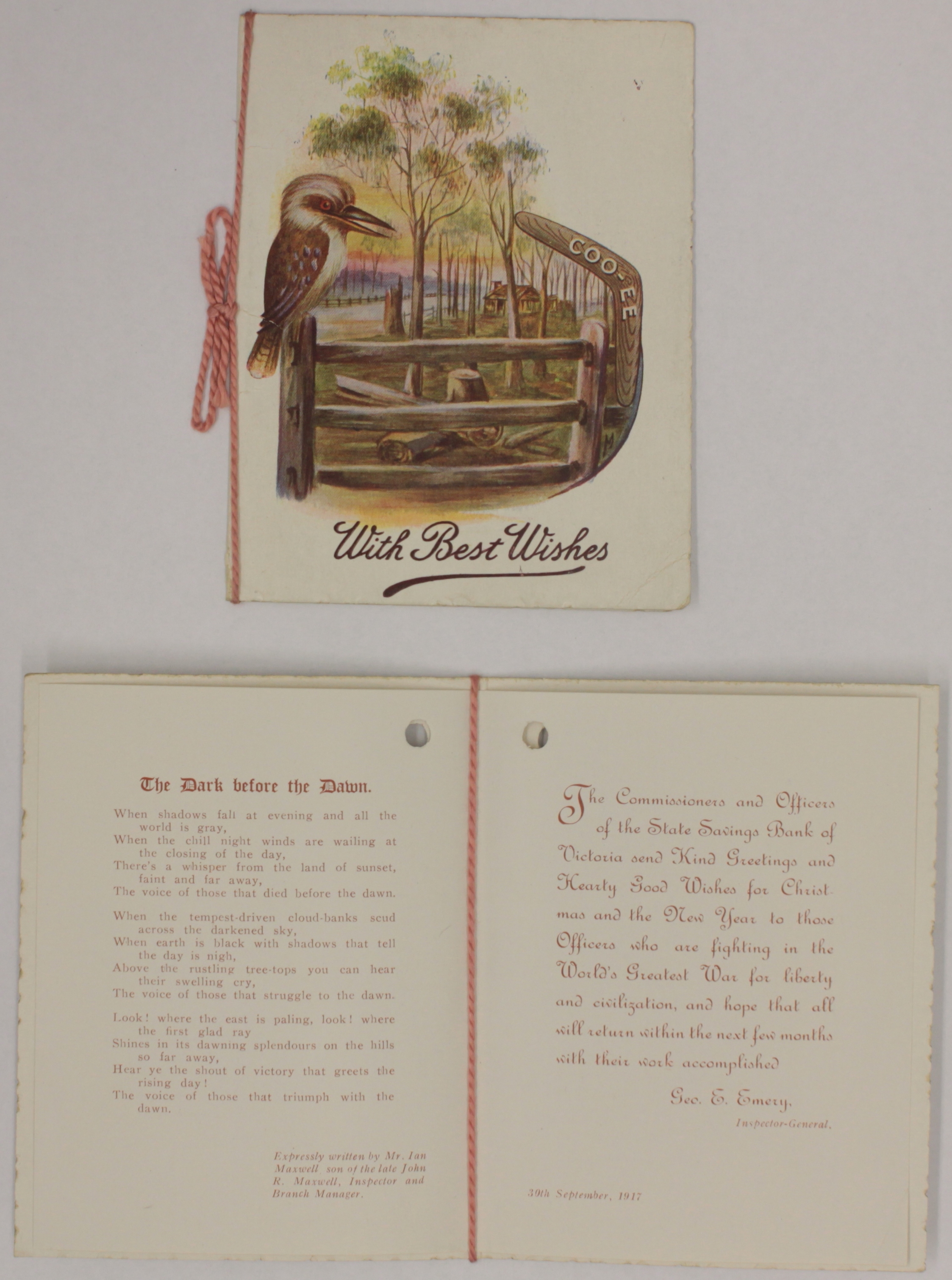