The Victorian Soldier Settlement Scheme was heralded as a new beginning. Servicemen and women returning from fighting in World War 1 were offered blocks of farm land to help rebuild their lives.

The Soldier On: WW1 Soldier Settler Stories exhibition, now showing at Old Treasury Building, uncovers the fascinating stories of these soldier settlers. Here is just a taste of one of the themes of the exhibition - family life.

Family life on the farms

On many soldier settler blocks, the work of the youngest family members was vital. Children contributed regularly to the day-to-day functioning of the farm, allowing settlers to save on labour costs. Leslie Kirby, a Mallee settler, attributed his block’s success to ‘the labour of my wife and two sons’.

Compulsory schooling was a burden for many families, taking the children away from the fields. Organisations such as the Victorian Farmers’ Union and the Australian Housewives Association protested the ‘slavery of little children’ on farms. At the same time, the Closer Settlement Board urged settlers to use the cost-saving labour of their wives and children. 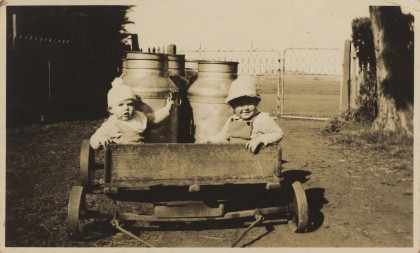 Farming was a family affair. On dairy farms, milking was often the work of the women and children; even toddlers accompanied their mothers to the cowsheds, learning from an early age how to help. This photograph was taken on the Chocolyn Soldier Settler Estate, in the Western District, Victoria. Photograph courtesy Shirley Russell, daughter of soldier settler James Murrie Fleming. 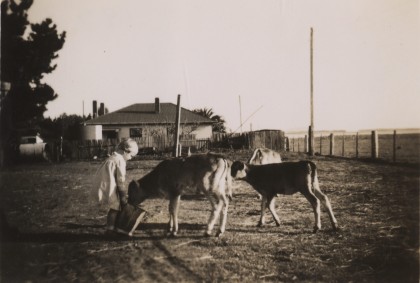 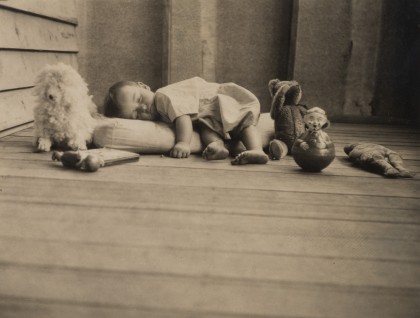 Some soldier settler families were able to build a home with their own savings, or by using money loaned to them by the Closer Settlement Board. For these families, life was relatively comfortable. Other families were not so lucky.

The burden of loan repayments, poor crop yields or a lack of savings forced many settlers to live in tents, or in homes made of canvas or hessian bags, scrap tin, or wattle and daub. These ‘bag humpies’ were far from weatherproof, and a difficult setting in which to rear children. 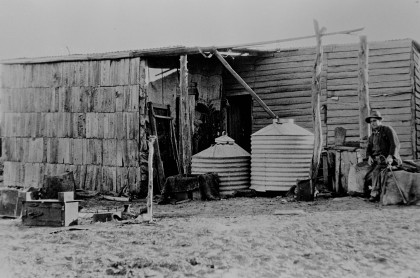 Photograph of a soldier settler’s ‘bag humpy’ at Nandaly, in 1921. Courtesy Museum Victoria.