Women and children in the Bendigo Regional Archives
Jun, 28 2017
Research

Women and children appear throughout the records held at the Bendigo Regional Archives Centre (BRAC) in both expected, and sometimes unexpected, ways.

Women in the archives

Trawling through our collection you will find that many women were occupiers (ie renters) or property owners in their own right.

You will also discover female shop keepers and publicans are sprinkled throughout all eight series of rate books held at BRAC, including the former City of Sandhurst, Boroughs of Eaglehawk, Heathcote and Raywood, and the Shires of Huntly, McIvor, Marong and Strathfieldsaye.

In Court records, women appear within Bendigo Cause Lists - Criminal volumes. They’re charged with crimes as varied as prostitution or insanity. They also feature as victims of domestic violence or sexual assault in cases against men.

In the Bendigo Cause Lists - Civil volumes, women are charged with anything from drunk and disorderly, obscene language, and theft through to cases of women charging the father of their illegitimate child for not having paid them maintenance to support their child financially.

There are also a handful of cases of women declared insolvent in the Bendigo Insolvency Court volumes.

Divorce cases spanning 1892-1918 are recorded in Bendigo Decrees, Judgements and Orders. A surprisingly high number of these cases involved a male co-respondent, suggesting that the wife was committing adultery, which then was the main accepted grounds for divorce.

Children in the archives

Children’s ‘voices’ are more difficult to ‘hear’ in any historic records, but snippets of their stories are captured in nineteenth century court records. Children appeared in front of local Magistrates as “neglected”, a word that probably covered numerous scenarios from death of a parent or parents to abandonment. Often, they appeared in sibling clusters.

The five Taverner children are one example. Ranging from only eight months to nine years, Thomas, Pearce, Frederic, Mary and Sarah appeared in Sandhurst Court on the second day of the New Year 1878. The older two, Sarah and Mary were sent to Royal Park (Industrial School) with baby Thomas, while their two brothers were to go to the local Sandhurst Industrial School.

Two aspects make these unfortunate children unusual. First, the siblings were not all sent to the same institution. Secondly, they were all to remain at their respective schools for only seven years. (Normally, the action notation stated that the child was to remain there until their fifteenth birthday.) These five innocent children are examples of a court case dovetailing from court files held at BRAC to Children’s Registers held at PROV in North Melbourne. The five siblings’ files, numbered consecutively from No. 1529-1533, show the files were created at the same time, even though the siblings were geographically separated.

Notations about both parents explain why the Taverner children were put into the care of the State. Their mother, Margaret Taverner, was described as being of “intemperate habits”. She was a patient in the Bendigo Hospital at the time her children were removed from her care, while their father, Thomas Taverner, was described as a “cripple”. According to a Bendigo Advertiser article from 1878, his physical state was a direct result of an axe wound inflicted upon him three years before, while he slept; the attacker was his wife.

The names and ages of local children also appear in our Cause List - Civil volumes for Bendigo and Elmore, when their parents are charged with “neglecting to send child to school”. 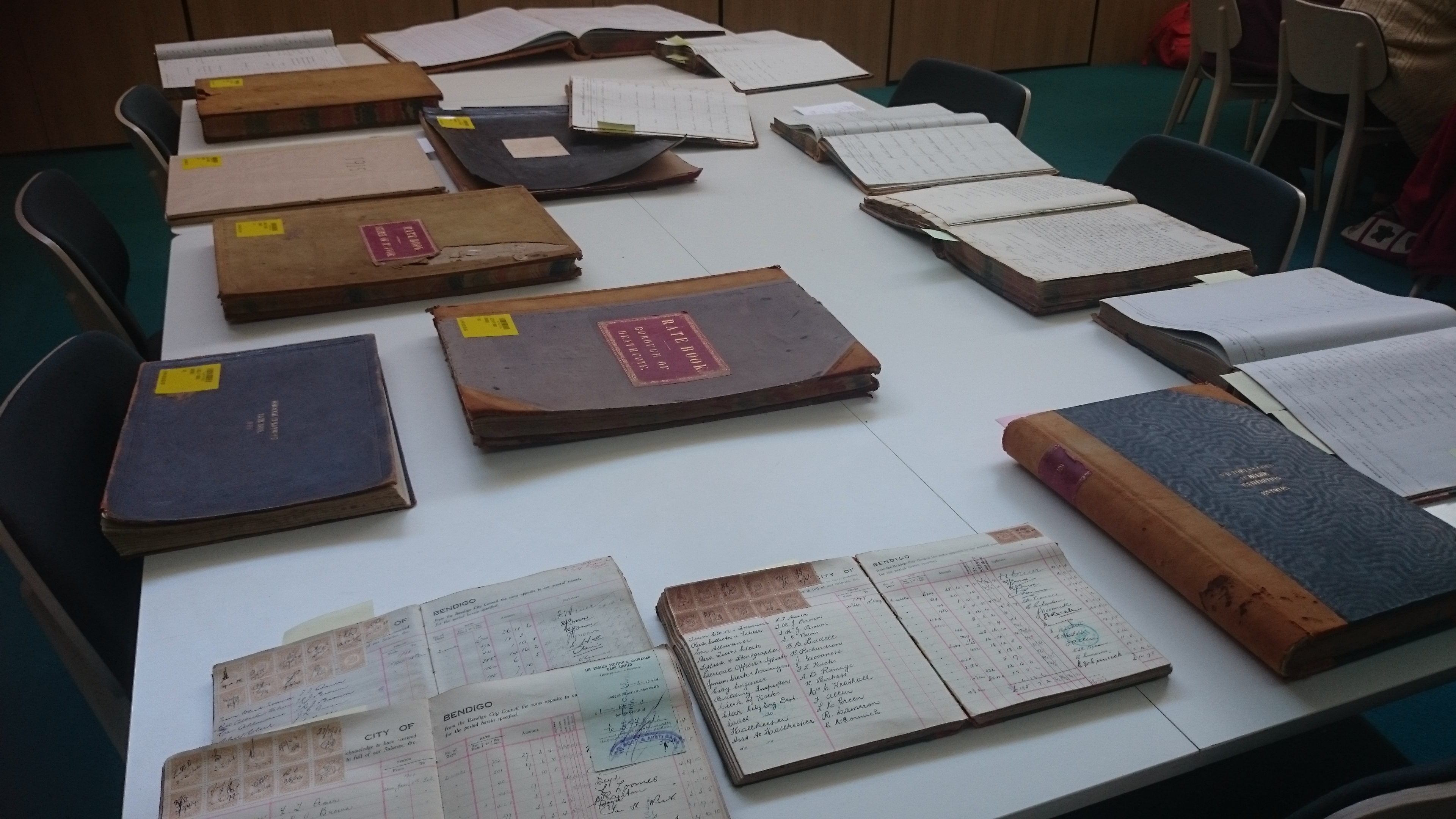 VPRS 16736 Cause Lists – Criminal
These records can be ordered via the link above for viewing in the Bendigo Regional Archives Centre. The volumes contain many examples of women charged with crimes. Domestic violence cases, with women as the victims, are here too. Women declared “insane” are also found in these volumes. Children appear in front of the Magistrate, described as being “neglected”.

VPRS 16735 Bendigo Cause Lists-Civil (1869-1889)
These records can be ordered via the link above for viewing in the Bendigo Regional Archives Centre.
Women appeared in here if the wife had to sue the husband for financial support; if a woman needed to sue the father of her child for maintenance; or if a mother had not paid maintenance for her own children.

VPRS 16697 Elmore Cause Lists-Civil (1877-1888)
These records can be ordered via the link above for viewing in the Bendigo Regional Archives Centre.
Here, you will find numerous cases of parents charged with not sending their children to school. Women also attended court for being in arrears with their council rates.

VPRS 16714 Bendigo Insolvency Court (1871-1929)
These files will soon be available to order through our website, until then, contact the Bendigo Regional Archives Centre for access. There are a handful of local women charged with being insolvent. Details recorded in these volumes include their full name, occupation, details of liabilities and assets.

(No VPRS) Bendigo Licensing Court (1884-1968)
Contact the Bendigo Regional Archives Centre to access these files. Very useful for locating female publicans in Bendigo and district. The publican’s full name, the hotel’s name and location are all recorded.

VPRS 16936 Sandhurst/Bendigo Inwards Correspondence (1856-1899)
There are three ways of accessing this series to find incoming letters and reports penned by Sandhurst/Bendigo female residents and Council contractors.

Rate books contain information about women as either occupiers or owners of properties. The use of the property is stated and occupier’s occupation is given. These records can be ordered via the links below for viewing in the Bendigo Regional Archives Centre. 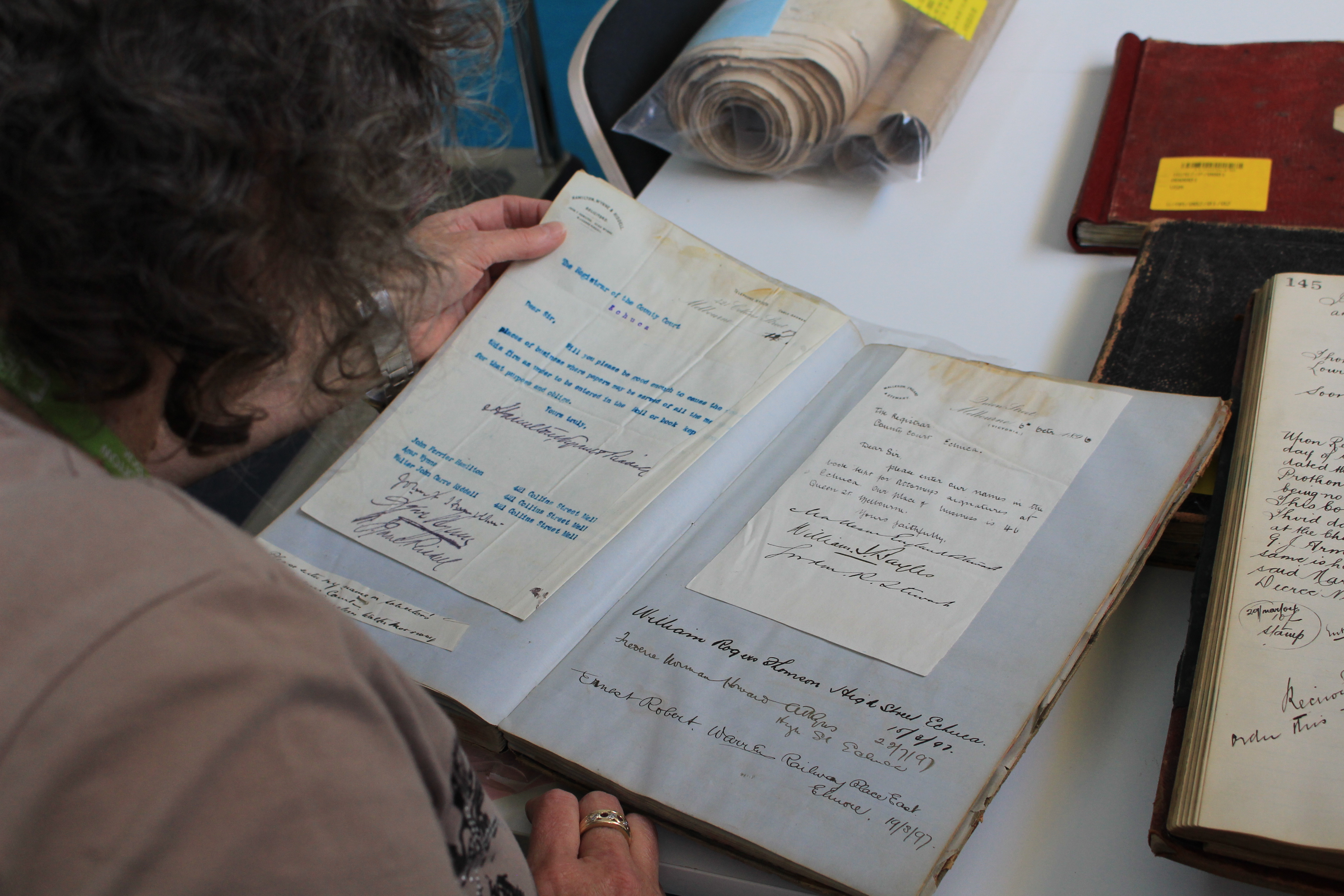