Interior design in the collection

An interesting article published in The Age on 23 November 2011 discussed how a group called Melbourne Heritage Action believes a series of building interiors within Melbourne should merit heritage protection. This group's activities appear to have been spurred on by a recent decision by the Melbourne City Council to extend heritage protection to the interiors of 12 buildings. The PROV Collection contains a variety of record series that includes designs pertaining to building interiors.  Notable examples include the following: 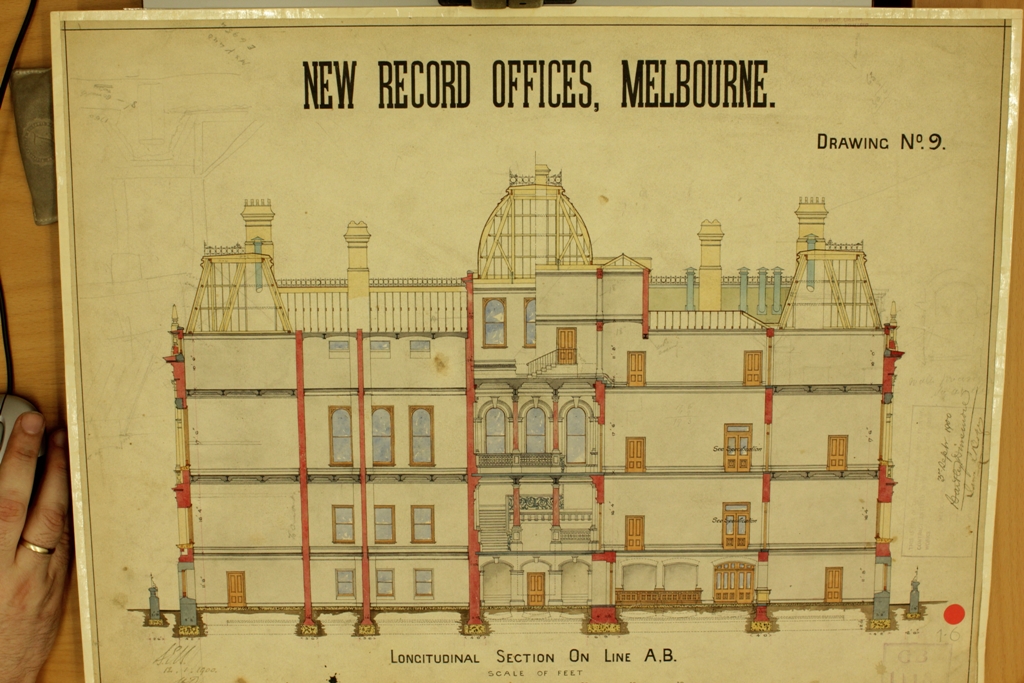 I have included in this post a couple of examples of the type of interior detail that can be found on some files or plans in these series. This is a contract drawing from the Public Works Department for the New Record Offices in Queen Street. This was completed in 1904 to house various categories of records for the Registrar-General. This detail from the same plan shows a cut away to the building staircases and doors. Included within the Melbourne City Council plans are a magnificent set of rolled drawings pertaining to the State Theatre on the corner of Russell and Flinders Streets, known today as The Forum. This detail from one of the plans shows some of the Roman features integral to its interior design. Do you know of any beautiful interiors around Melbourne and Victoria? Are there other plans in our Collection that show wonderful interior details? If so we would love to hear from you. 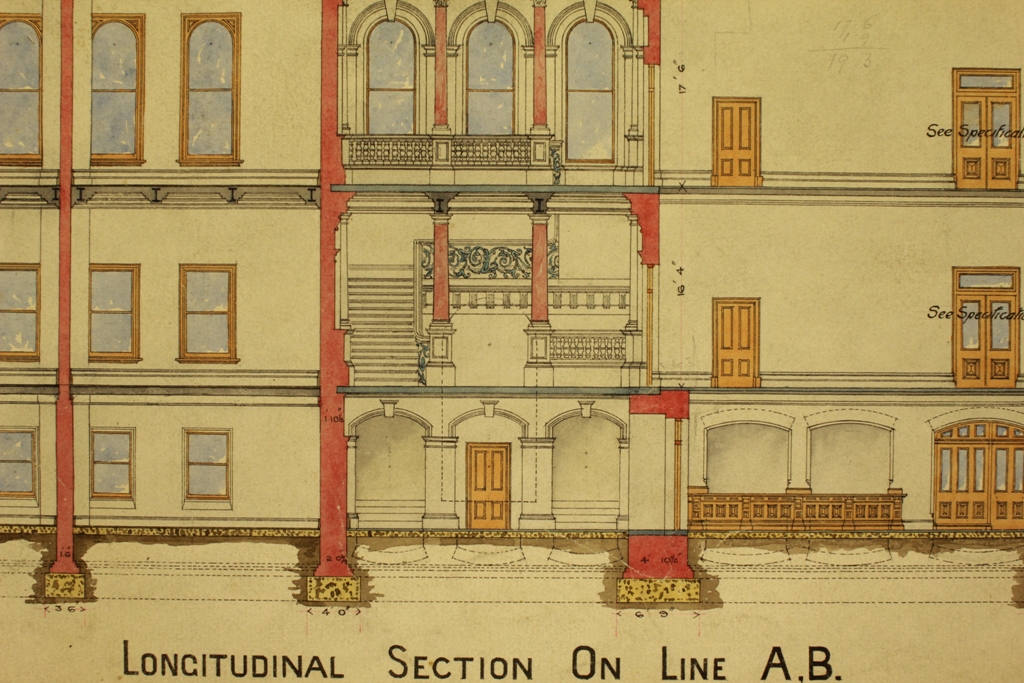