One more for the road

It was late on a Saturday night, 24 April 1937, and Albert Sharpe had been out drinking with his mate Mark Matthew Neylan  at the Sutherland’s Hotel in Graham Street Port Melbourne since 1pm.

By 1937, 23-year-old labourer Sharpe already had drunk and disorderly and indecent language charges to his name. On the night of the  24th of April, alcohol would again be Sharpe’s downfall, in more ways than one.

Of all the houses to rob

According to the Criminal Trial Brief, after his drinking session with Mark, Sharpe went to Williamstown and broke into two residences clocking up a long list of stolen goods ranging from jewellery and pearls to hair brushes and Buddha ornaments, rugs and perfume, sheets and gloves.

One of the homes he broke into just happened to be that of Police Senior Constable Leslie Norman Mcleod:

I am a senior constable of police at Williamstown and am the occupier of a property at 7 Lenore Crescent Williamstown.  On 24/4/37 I left my residence at 7pm. Before leaving I securely locked the house. I returned about 10.30pm. I found my wood axe lying in the entrance near the side window. I then found that a side window had been forced open. On entering the house by the back door I found the rooms in disorder. The door of the wardrobe had been thrown open, clothing was strewn on the floor, drawers in the dressing table and washstand had been pulled out and the contents strewn about the room. I discovered that a diamond ear ring, a five stone diamond engagement ring, a gold ear ring set with pearls, a gold armlet, a set of blue stone beads, a big Ben alarm clock and a small silver cup were missing. I value the missing property at 50. The door of the sideboard was thrown open and a considerable quantity of silver cutlery, and from the same room a violin, was missing. There was a bottle containing a quantity of Black and White whisky, produced, which I identify as mine. It has been in the side board. The contents had been consumed and bottle left on the dining room table. 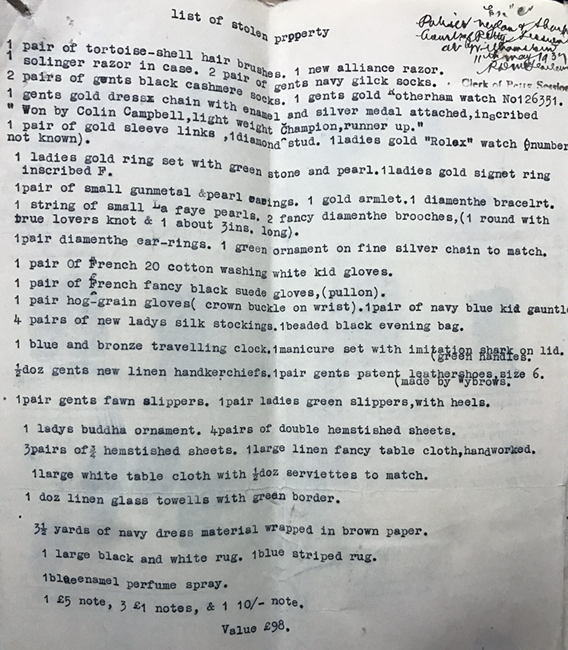 Sharpe of course couldn’t resist one last drink. He left his finger prints on the whisky bottle leading police, including Detective Hugh Rupert Donelly, straight to him:

I am a detective at Melbourne South. About 7.30am on 29/4/37 accompanied by Det Sgt Lee, Snr Const Speed and other police I went to the accused Sharpe’s room at 67 Victoria Avenue, Albert Park. The accused Sharpe was in bed with a woman. I said to him “We are detectives. We are making inquiries about housebreaking at Williamstown last Saturday night. Have you any stolen property here.” He “No”. In the room I found the pair of double sheets, table cloth and two pairs of gloves. I said to him “Where did you get these articles from” He “I bought them.”

He was taken to the South Melbourne Detective office where I said to him “We know that you and Mark Neylan broke into two houses at Williamstown last Saturday night and the property found in your room is proceeds of the robberies” He “Yes we busted them. I will take it, don’t bring him into it.” I “Where is the rest of the property.” He “I left it near a tree near a garage down there and went to ring up. When I was coming back to where I left it to get it I saw a copper walking along the street, so I grabbed what I could and left the rest. I suppose it is still there.” I “How did you break into these houses.” He “I don’t know exactly, I was drunk.” I “Your finger prints were found on a bottle in Mcleod’s house – that is one you were in.” He “The game is up, I will plead guilty. What do you think I will get.” I “That’s hard for me to say”. He “I suppose it will depend on who I strike.” I “Will you make a written statement about the matter.” He “Yes, but I am going to take it myself, I am not going to turn copper and I am going to make it as easy as I can for myself.” He then made the statement produced. 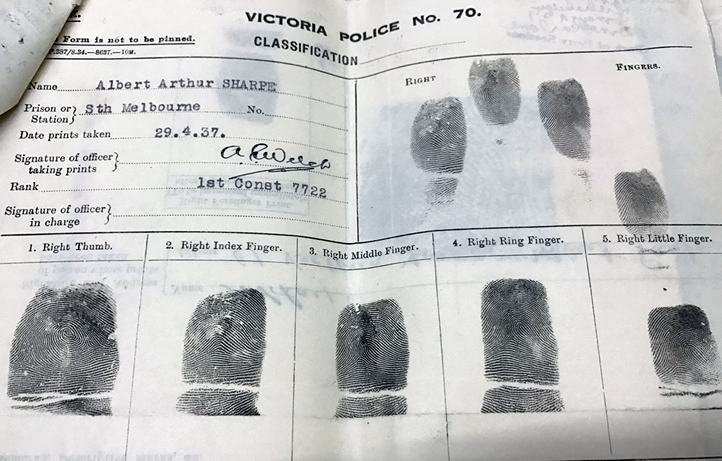 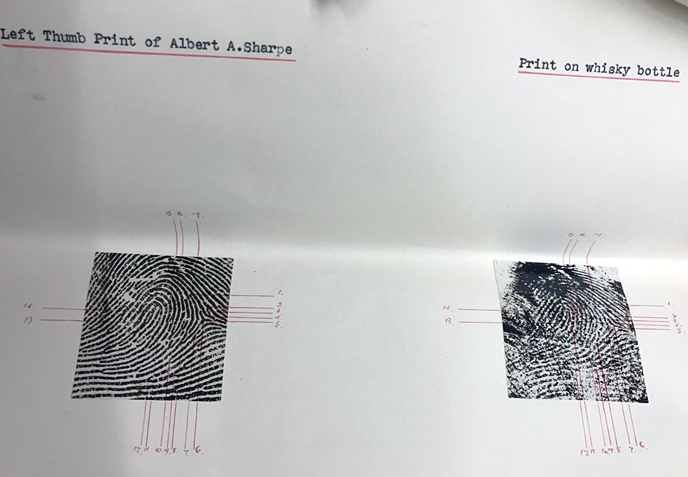 “You don’t blame me for saying I don’t know Sharpe, you don’t know how far he has put me in.”

I am a labourer and I reside at 67 Victoria Avenue Albert Park.

I know Mark Neylan, he is now at the South Melbourne Police Station with me. I met him at Sutherland’s Hotel in Graham Street Port Melbourne last Saturday afternoon the 24th of April 1937. It would be about half past one in the afternoon I met him there, it was about the time of the first race. I was drinking beer with him all the afternoon up till about 5 o’clock, we were both pretty drunk. I can’t remember anything from then until about quarter to ten the sameday when I found myself in a side street at Williamstown with a bundle of clothes and sheets including the property taken possession of by the police at my home.

I put the clothes down when I came to a bigger street with a garage in it. I put the clothes near the bottom of a tree and I walked into the garage. I had nothing in my hands at the time. My little finger on my right hand was cut to the bone and was bleeding very badly. I asked the young boy in the garage to ring for a taxi for me. The boy in the garage rang 3 places for me, the Yellow Cabs, the Silver Tops and the Reds. He told me he could not get a taxi. I paid him 6d for the phone calls.

I then left the garage and went to the tree where I left the clothes but just before I reached this tree I saw a policeman in uniform coming alone the street, I grabbed up some of the clothes and left some there. I know there were some shirts amongst the clothes I left behind, they were wrapped in a rug. I then walked up to a corner of the same street where I drank a bottle of beer I had on me. This was my own bottle of beer I had brought it to Williamstown with me. I then drank a half bottle of gin I don’t remember where I got it from.

I don’t remember anything more until I arrived home about 1.30am or 2am on the Sunday morning. I then had with me all the property that the police took possession of from my home. I had some of it in my pockets and the rest I had under my arms.

I don’t remember breaking into two houses in Williamstown but what I probably done was to walk up to them and got into them. I don’t know how I got my finger cut but the window at one of the houses was broke or something. I don’t remember whether I was with somebody or alone.

Sharpe was sentenced to nine months at Pentridge for the crime.

The case made the news in Melbourne at the time.

Sharpe made headline news again a few years later when he was shot and killed by Mona Hayes outside the George N Café, Russell street Melbourne. You can read more about his murder on the Herald Sun website.

Check out the Justice, Crime and Law topic page of our website for more information on the crime records we hold at PROV.