On a recent Sunday afternoon I was to be found on platform four of Caulfield Railway Station in south-east Melbourne.  Not in itself unusual, but my reason for being there was pretty unique.  I was attending the unveiling of a plaque and the launching of a book commemorating the 1926 Caulfield railway disaster.  The what?

On Wednesday 26th May 1926 the 6:02pm Oakleigh-bound train crashed into the rear of a stationary train at platform four of Caulfield Station.  Three people were killed and 170 injured in the first fatal accident to occur on Melbourne's recently-electrified rail system. The Friends of Cheltenham and Regional Cemeteries decided that it was important that this event be remembered in terms of both its impact on subsequent rail safety provisions, and on the local community in the south-east of Melbourne.  Publication of the book was partially funded via a grant from the Local History Grants Program administered by PROV.  The book also makes use of records in our collection; for example some photographs of the rail system from VPRS 12800, and details from Inquest Files in VPRS 30. It's a poignant reminder of how our collection can help to preserve and recognise the lives of ordinary people who experience extraordinary events; such small but important pieces of the historical tapestry of this State. 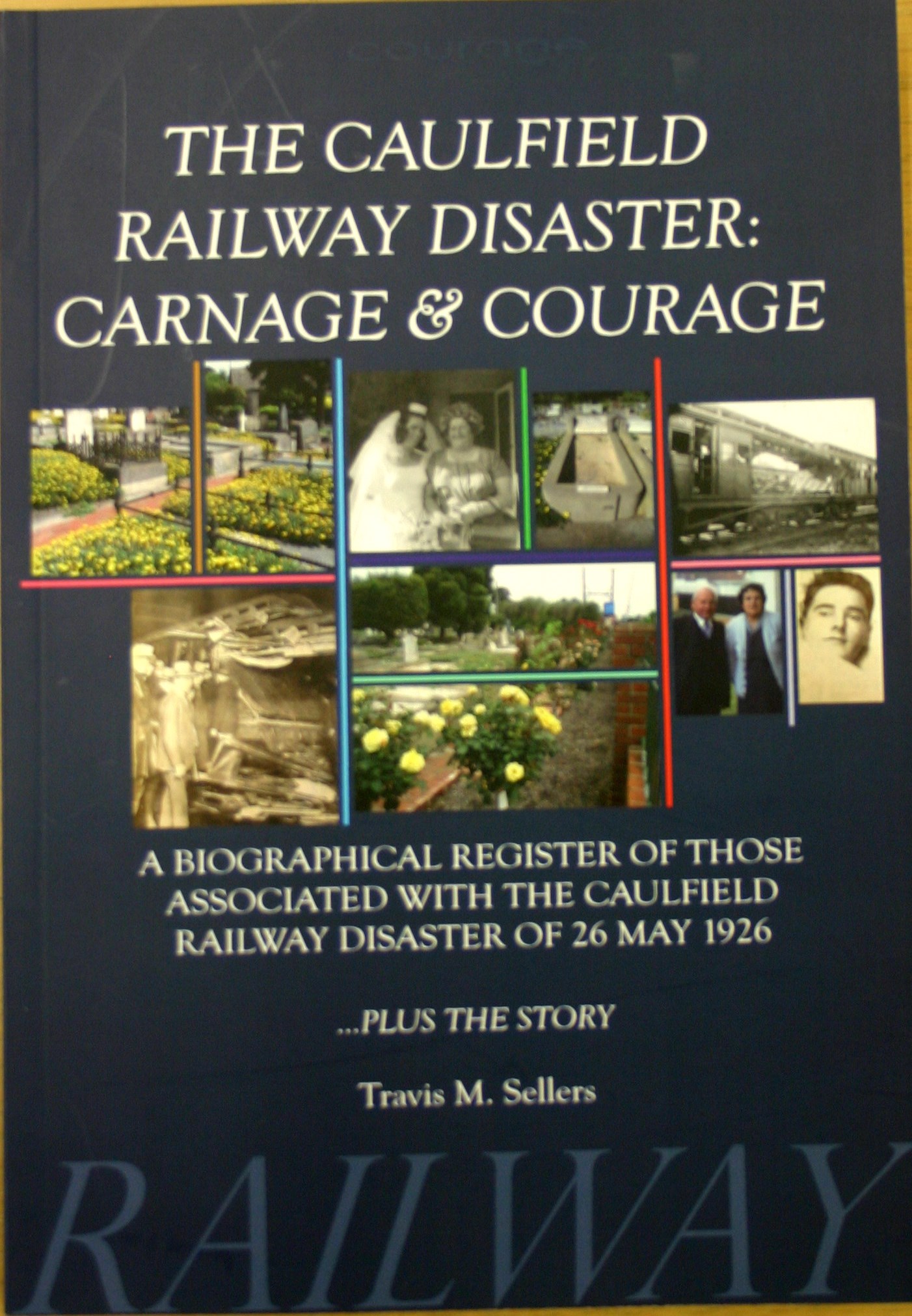