Beta search off
Give us feedback
Advanced Search
Previous Next

A gallery dedicated to public archives

From Mos to Mullets

Your hair is your own. At the same time, hair forms part of our shared experiences as diverse communities. When brought under the gaze of others, hair becomes a marker of identity, gender and culture. In archival photography, hair also functions as a kind of visual time stamp. Wondering when a photo was taken? Well, take a look at the hair!

A new photographic exhibition about the history of hair is showing at the Victorian Archives Centre VAC Gallery in North Melbourne from 26 September to February 2017, free entry from Monday to Friday 10am to 4.30pm and second and last Saturday of every month.

In the exhibition, photos dating back to the 1880s, featuring historic hairstyles from Public Record Office Victoria’s state archives, are displayed alongside photos from community street photographers whose photos reflect Melbourne hairstyles from 2016. 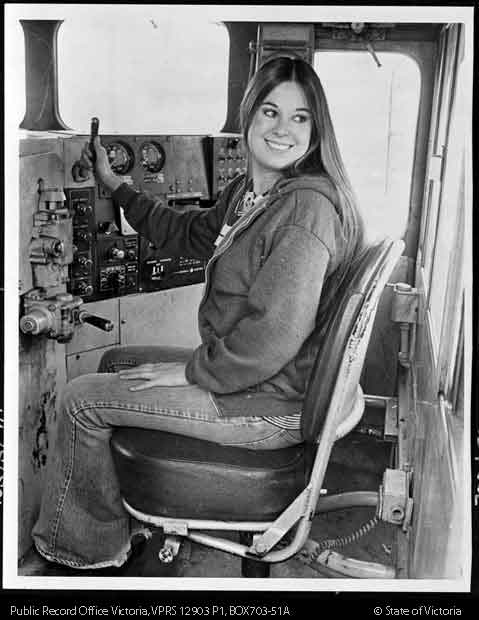 This photo of Christine Gonzales from the state archives is one of the photos featured in the exhibition.

" Young people involved in the protest movements of the 1960s used head hair, body hair and facial hair as a symbol of their political and ideological beliefs. Un-styled hair became a powerful symbol of the ‘hippy’ counter-culture and a sharp contrast to the shorter, controlled styles of the previous generation. Feminism inspired women to grow their body hair as a symbol of the equality and freedom they hoped to achieve" explains co-curator Laura Feslier.

Many in the anti-Vietnam war movement grew their hair long as a visible rejection of the short Buzz Cut style sported by soldiers. Some Vietnam veterans – many of whom were conscripted – grew their hair long when they returned in an effort to disassociate themselves from the unpopular war. Their long hair sometimes resulted in them being shunned from RSLs. By the late 1970s the fashion for long hair had crossed into mainstream fashion and was not indicative of political beliefs, but a matter of personal style.

Street photographers team up with VAC Gallery for Mos to Fros

The archives centre also teamed up with Melbourne street photographers who submitted photographs based on the theme of 'hair', those selected are also on display on the opposing wall. The idea is to offer the public a contrast between Melbourne life of the past and the way people experience the city now. 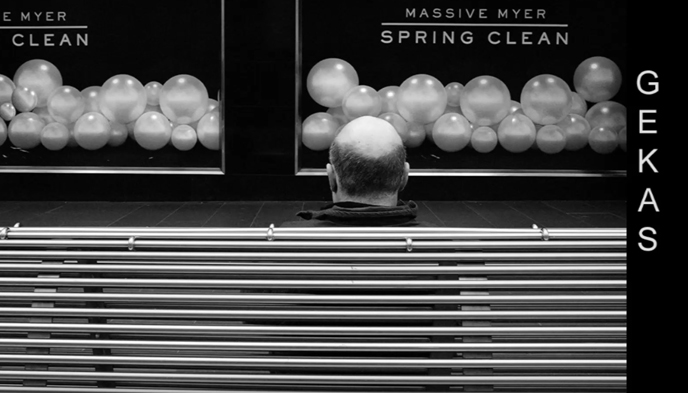 By the 1860s Governments began to include photographers within their teams, and the timing for Melbourne couldn’t have been better. Unlike Sydney, Melbourne’s early development was captured in photographs – many of which are preserved here at the Victorian Archives Center.

Although family portrait photography was popular with the middle class, government photographers were tasked with recording major developments like railroads, ports and new schools. The consequence of these early street landscapes is the inclusion of the average person: the newspaper seller, women rushing to work, or men on the docks. Usually nameless, government photographers were focused on the task of capturing public projects rather than individuals.

The camera also served a practical purpose for police departments in the late 1800s, with the emergence of forensic photography and mug shot (rogue) galleries. Today, these police photographs are significant as a time machine into the underclass of early Melbourne or, in the case of Ned Kelly, the plight of the Irish poor, or even early Chinese immigration.

By the 20th Century the power of photos to influence behaviour began to creep into government collections. Although government photographers continued to document public works, agencies were also commissioned to shoot staged models for advertising or social campaigns, promoting anything from milk to train travel.

Today, they’re fashionable. These black and white images of early Melbourne decorate expensive note pads and tote bags. They appeal to our need for connection, bringing us together over a shared love of the place we live and a fascination with its history.

From Mos to Mullets

When: Now showing until February 2017, Mon-Fri 10am to 4.30pm and every second and last Saturday of the month.
Where: Victorian Archives Centre, 99 Shiel Street, North Melbourne
No bookings required, free entry.