A new photographic exhibition detailing the history of Melbourne street fashion is now showing at the Victorian Archives Centre Gallery. Featuring historic photographs from our collection, alongside present-day photographs submitted by Melbourne street photographers, the exhibition highlights the unique fashion trends of Melbourne from spring racing get-ups to athletics wear and everything in between. Black of course features prominently, as does the mini skirt! Here, we detail some favourites from the exhibition:

In 1936, Melbourne Cup style was all about the furs and hats. While thankfully, real fur is no longer fashionable, there is still no separating Oaks Day and couture headwear. In the 1930s however, hats were not just race day fashion, they were popular all year round, with Melbourne’s socialites flocking to the exclusive millinery salons clustered around Collins Street in the CBD. Victoria’s leading milliner Thomas Harrison’s salon at 163 Collins Street was considered a fashion destination. Furnished in the Louis XV style, it stocked the latest designs from France and London, although most women preferred a Harrison creation, designed specifically for them. There was a certain amount of conformity to interwar dressmaking and a couture headpiece was often how wealthy women chose to express their individual style. 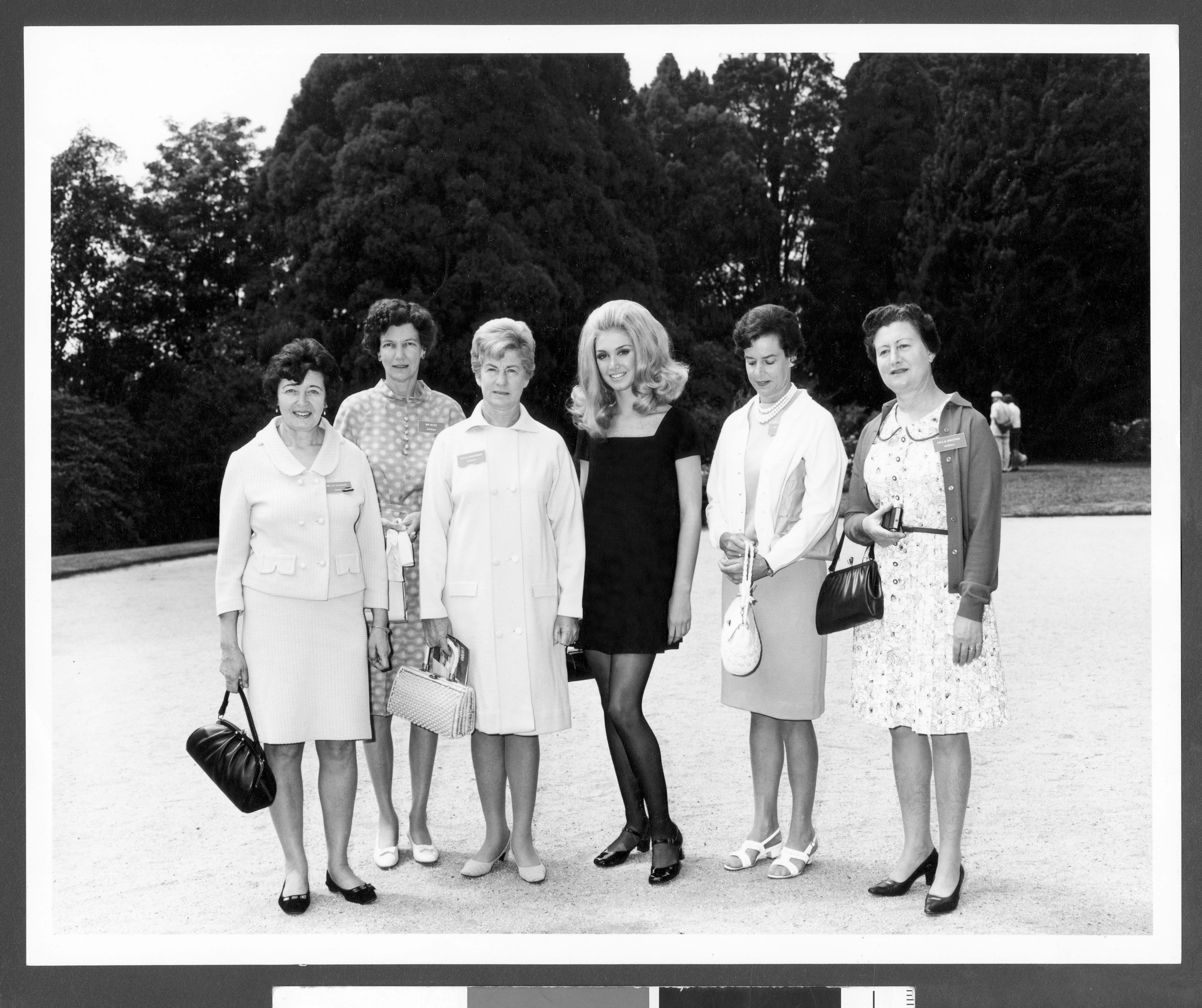 The late 1960s were a period of social turbulence and prosperity in Australia and styles reflected the optimism and exuberance of the time. Melbourne had previously been deeply conservative with women’s wear orientated towards an older, upper class clientele but by the mid-1960s times were beginning to change. A pivotal moment came in 1965 when visiting English model Jean Shrimpton stunned the crowd on Derby Day with a white shift dress ten centimetres above the knee and sheer pantihose, not to mention her lack of a hat! While horrifying the conservative set, the look inspired a new generation. Iconic Melbourne designers such as Prue Acton and Norma Tullo led the way for young women to experiment with shapes and colours in a bold way, visually differentiating themselves from their parents’ generation. In this image of Moomba Festival Queen, Janine Forbes, the photographer has captured the huge generational divide in the fashion styles of women in 1969. With a mini dress, big hair and dramatic eye make-up, her look is a world away from the conservative styles of the women surrounding her.

By photographer Mark Forbes, this photograph is titled 'In Rainbows'. Mark says:

"A shot taken as I headed home after some street photography with friends. I saw the three girls standing and chatting on the platform. They looked beautiful and stylish in their brightly coloured traditional dresses. I knew I wanted to take their shot - but only had 2 frames of low speed 35mm colour film left. I had to shoot around 1/8 second to get a decent exposure, due to the low light in the station at night. Waiting for the train to give a blurred background, added in a shade of blue to the shot. Part of my ongoing 35mm street photography project of Melbourne." 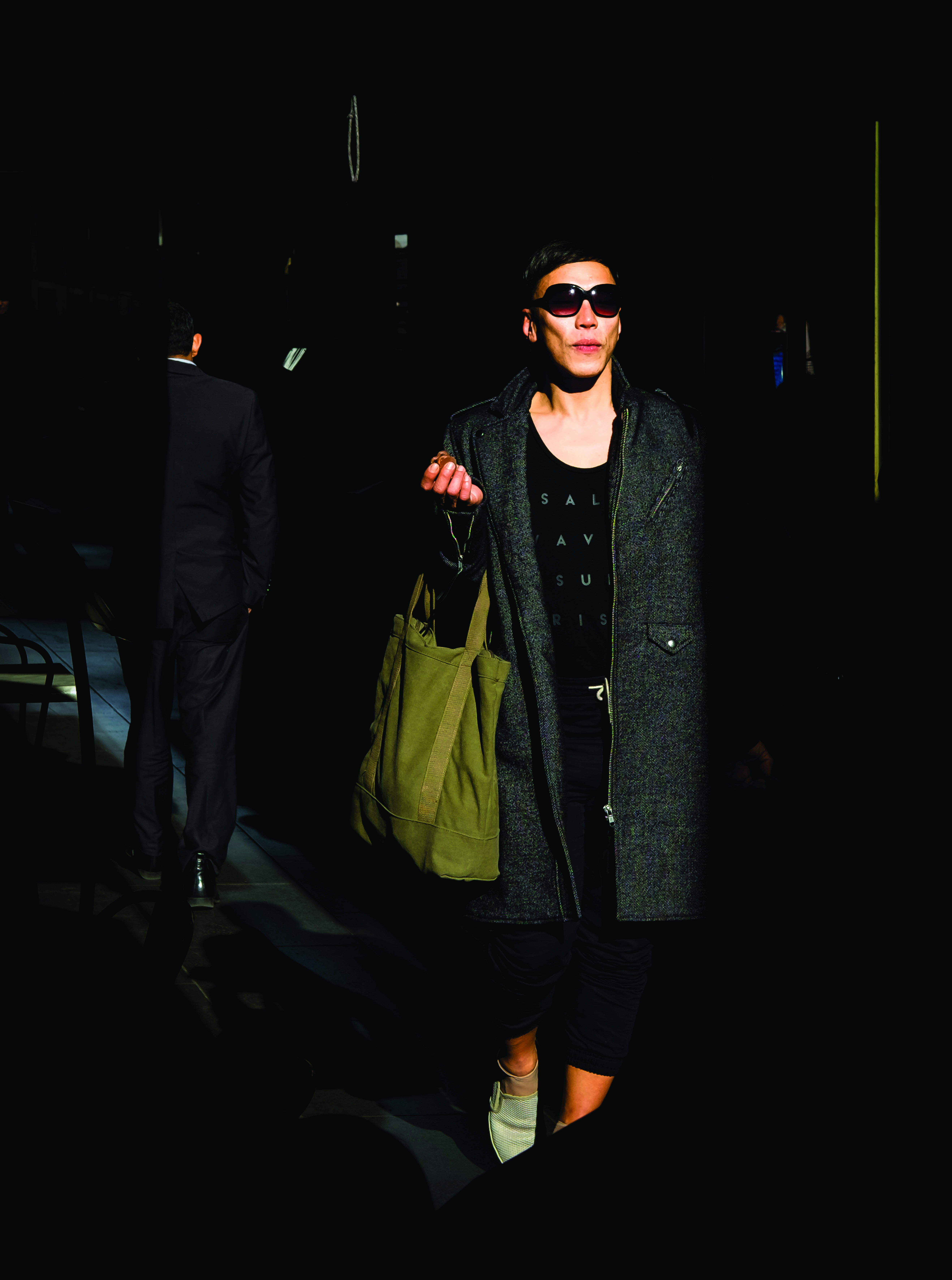 By photographer Mark Lourensz, this photo is titled 'The Causeway'.

The exhibition is showing up until February 2018 10am to 4pm Monday to Friday.

For more information on the Victorian Archives Centre, opening times, parking, etc. check out our contact us page.