The Block is one of Australia’s more popular television shows and this season, work has commenced on an historic property in Albert Park in Melbourne.

In amongst the hype of reality television, where the contestants are being bombarded with colour swatches, door knobs and light fittings is the maiden in the story, the former Dux Picture Theatre.. Located at 47 O’Grady Street, Albert Park, this property is in the throws of being reinvigorated and converted into four three-bedroom, three bathroom, loft-style apartments. 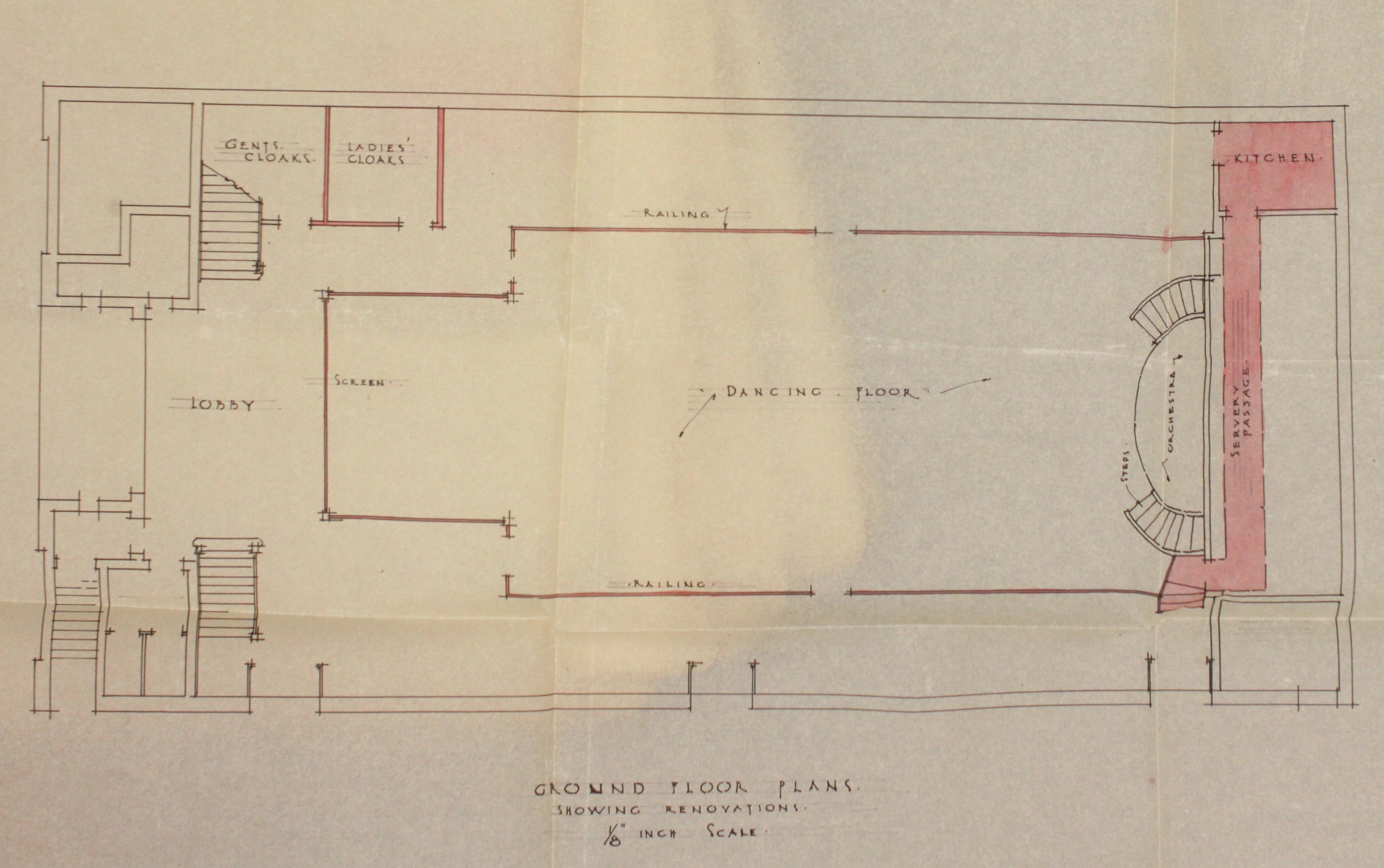 PROV’s collection holds the original Public Building files (P.B. 1165) for the picture theatre. However, prior to this large space being what is now marketed as a ‘former picture theatre’ the Dux was actually the Albert Park Presbyterian Church.

Established in January 1885, this large brick building was designed by an architect from South Melbourne by the name of Buckhurst and was shortly followed with an ‘opening soiree’ about ten days later. Aside from the occasional request for alterations from the Department of Health, the Presbyterian Church coasted along without any fuss. 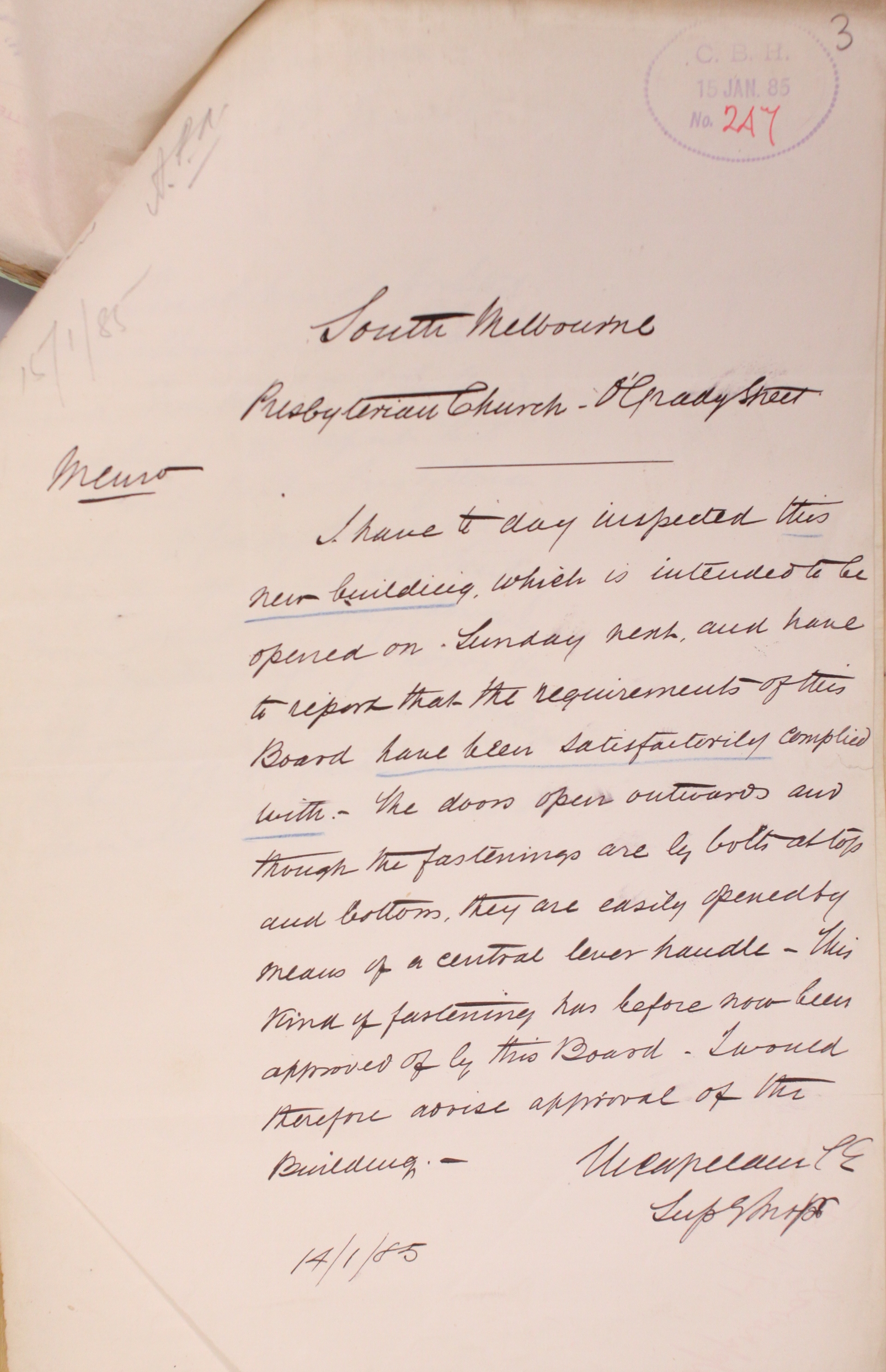 By 1911 well known Collins Street architects Messrs, Ashworth and Oakley had submitted a proposal to convert the Church ‘into a public hall in biograph entertainment’, of which the board had no objection save for a few stipulations for its conversion. Before its grand opening as a picture theatre in 1912, rigorous inspections were underway to make it safe for the general public to frequent.

A report from an officer of the fire brigade outlined a few fundamental problems with the building, which was ‘constructed entirely of wood and comprise[d] an auditorium about 60 feet by 50 feet with raised platform, three galleries and two small elevated places at front end approached by means of narrow ladders. In the front there is a lofty wooden tower or belfry and a ticket office, above which is a lantern room.’

This report, as with a few subsequent reports from health inspectors outlines the need for fire safety measures, and in this particular report from October 1911 recommends chemical extinguishers as the ‘building which, owing to the nature of its construction, is a serious risk not only to the public using it, but is also a menace to the adjoining properties.’ 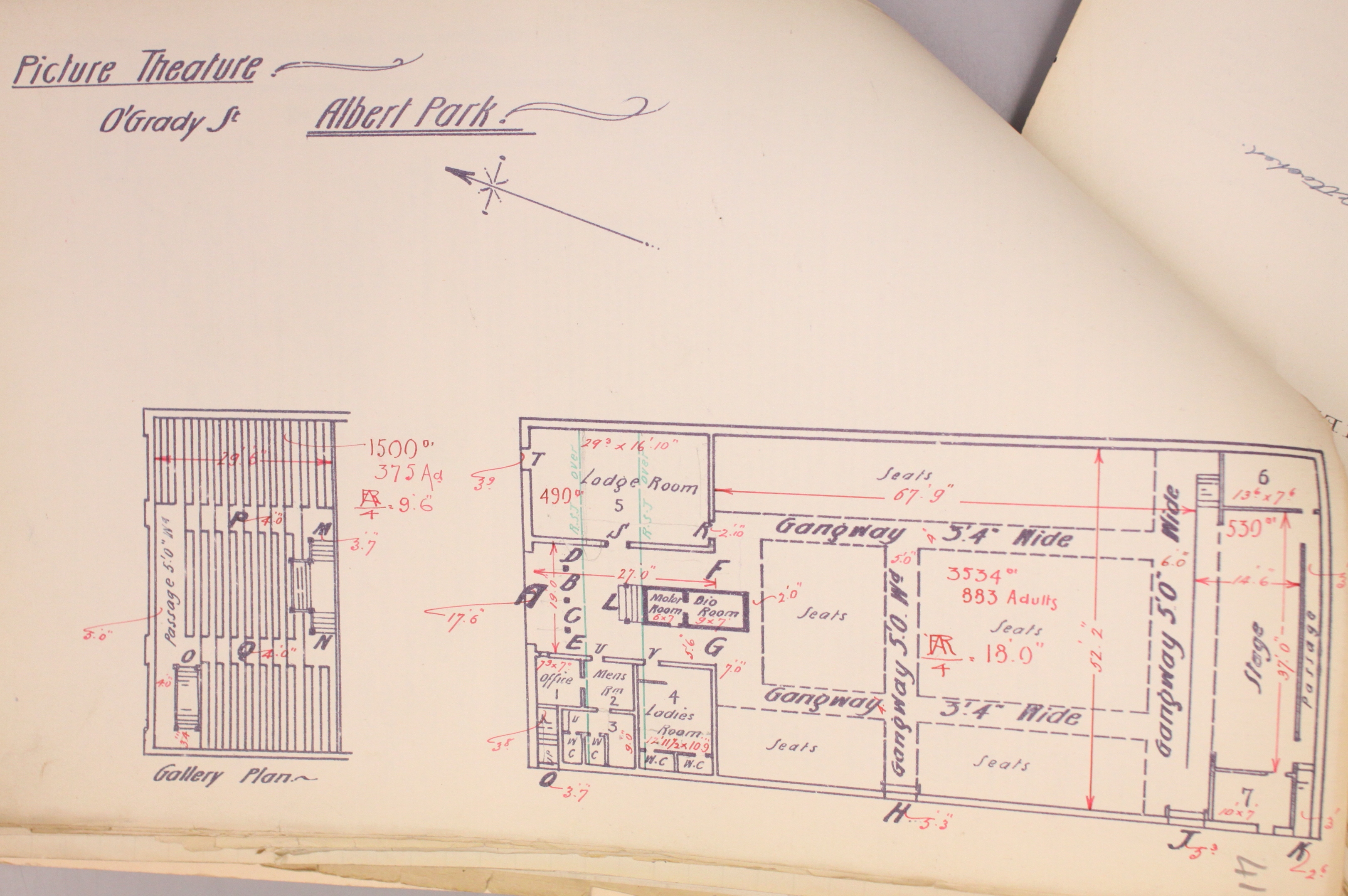 As the years went on the Dux Picture Theatre was required by the Public Health Department to make many alterations for the safety of its visitors. Most notably throughout this file is the number of instances that were considered to be ‘overcrowding’ of the venue, a lack of exits in the case of an emergency evacuation and incapable fire extinguishing facilities.

Aside from these issues, the theatre was used for a variety of entertainment purposes apart from motion pictures and stage-based plays, pantomimes and musicals, it also appears to have been a popular platform for meetings and presentations for the folk of Albert Park, Middle Park and South Melbourne. With congregations coming together to for events such as swimming carnival presentations, to hearing Alfred Deakin speak on behalf of a Liberal candidate in 1911.

As the years progressed the theatre again came up against issues with the Public Health Department regarding more overcrowding and proposed alterations to the building, which appear to have been rectified over time.

Post-World War II saw the closure of the Dux Picture Theatre for the use of movies and entertainment, instead being used as a storage warehouse until it was sold in 1983 and subsequently used as a studio for filming commercials as well as an advertising agency.

That is, until present day, where the prior picture theatre retains only part of its original façade and will be home to several new owners come auction day for the television series.