Episode five of Underbelly: Squizzy started off as a sombre affair, with Les and Lorna visiting the grave site of their young daughter June.  As Senior Detective John Brophy said, this is “not the natural order of events".  At Public Record Office Victoria, we hold a selection of records about cemeteries, including some records created by cemetery trusts.

With violence peaking in the early 1920's, we saw the robbery of the Commercial Bank on Smith Street by Squizzy and his gang.  During Squizzy's get away he knocks over a mother and her pram only to carefully pick up the baby and hand it back to its mother.  Sadly for Squizzy, this couple were able to provide police with details of his appearance which enabled a sketch artist to make a composite sketch of his face.  Squizzy was arrested for this robbery however he was not convicted.  We have found the Court of Petty Sessions Register at Northcote which contains details of his arrest: 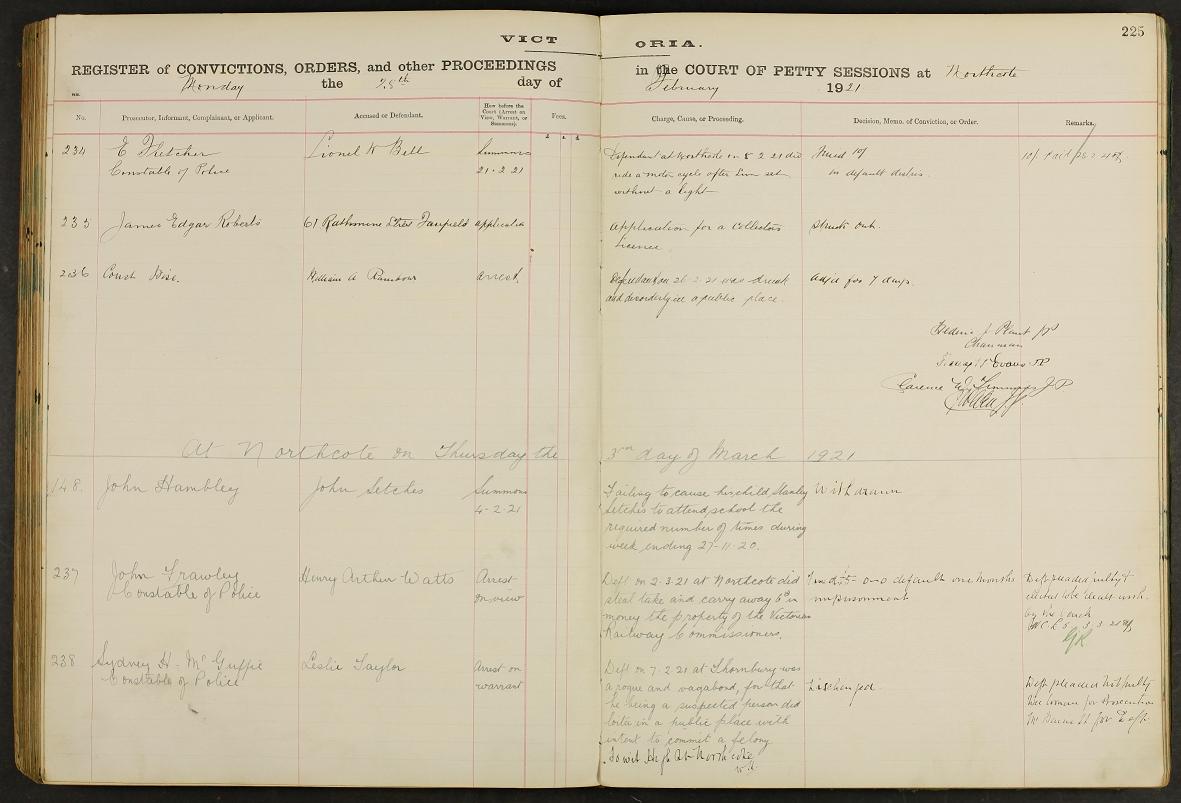 Episode five also saw the arrival of two new characters in the life of Leslie "Squizzy" Taylor.  The first was the beautiful young Ida Pender who Squizzy met in the Women of Paris Apparel shop while buying his wife Lorna a gift.

The second was a potential new member of Squizzy’s gang.  Joseph Lennox Cotter was introduced to Squizzy by Tank, however he didn’t leave a very good impression on Squizzy and was rejected.  Public Record Office Victoria has Joseph Lennox Cotter’s prison record digitised and available online for you to view.  You can also search for other male prison records online now. 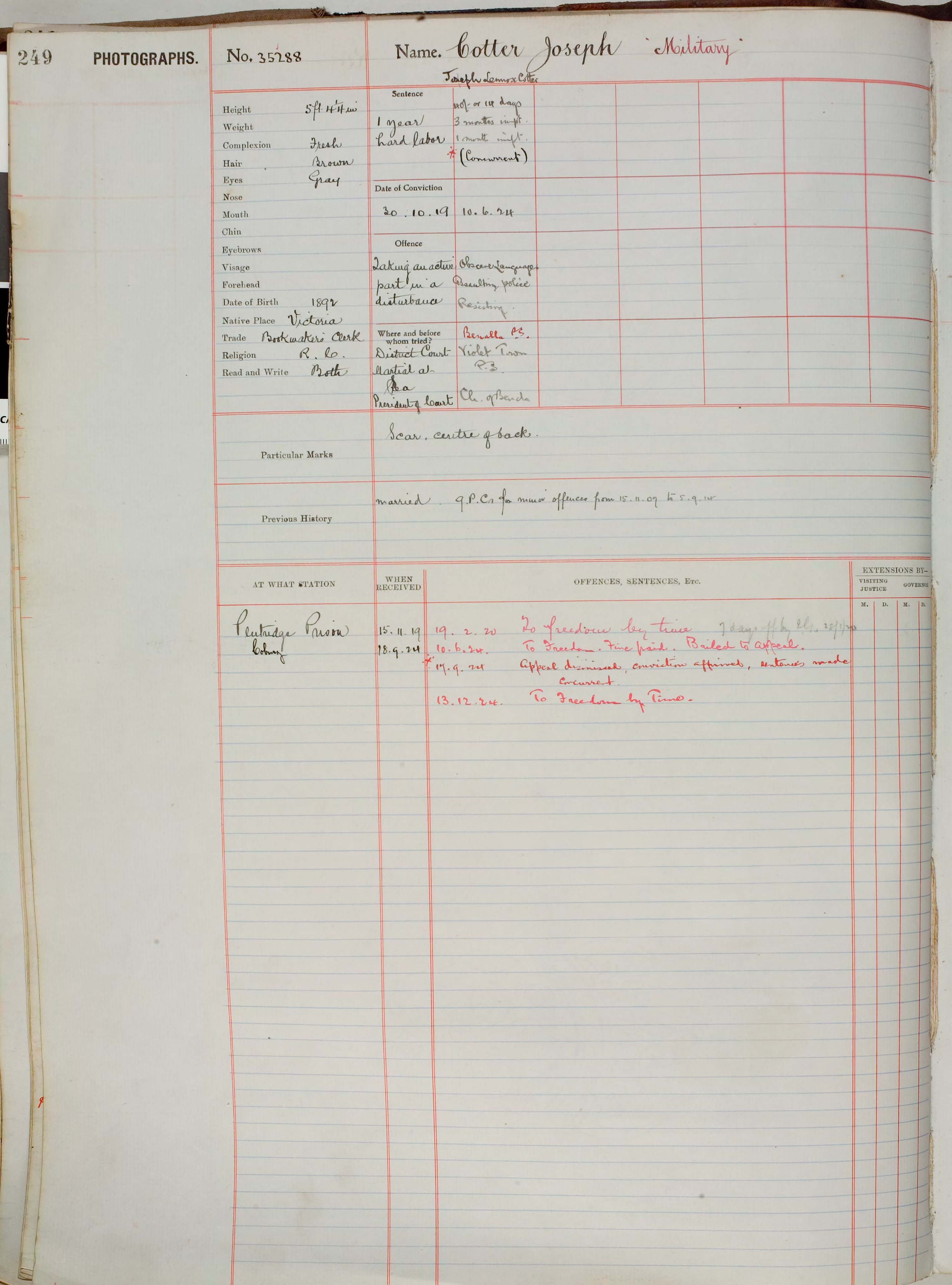 And finally, in this episode it looks as though Squizzy's luck may have just about run out when he was caught red handed in the Scales Warehouse Fine Furs.  He was charged with burglary and committed to stand trial however when his trial date arrived, he failed to appear at court and the bail money was forfeited.  Squizzy spent the next 14 months on the run.  We will see more of this in the next episode next Sunday night at 9pm on Channel 9. 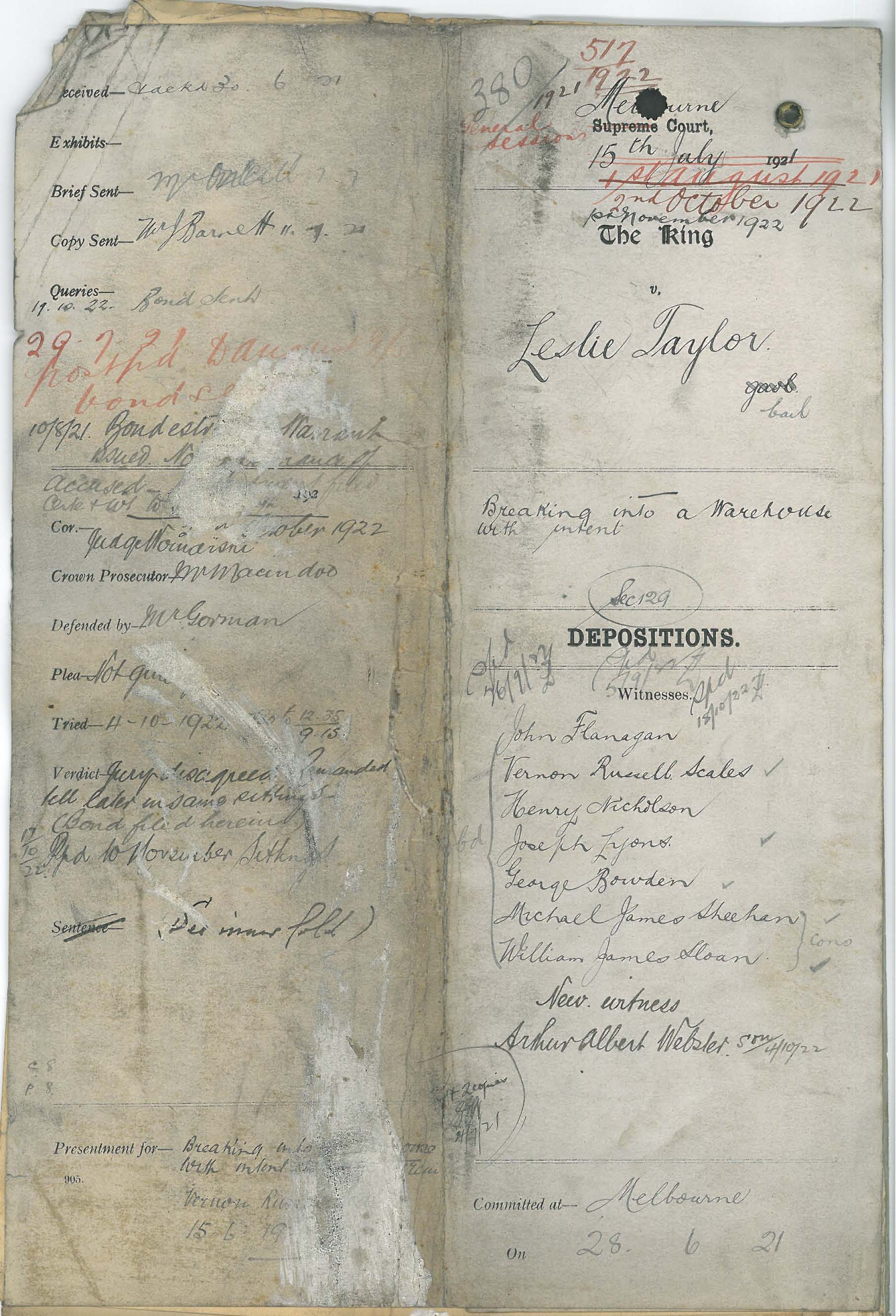