Community History Awards showcase stories of our past

The preservation and sharing of Victoria’s past is being celebrated with the Victorian Community History Awards shortlist showcasing everything from new history books to community walking tours.

Some 21 publications and nine projects have been shortlisted for 10 prizes ranging from $500 to $2,000. All are also in the running for the $5,000 Victorian Premier’s History Award to be announced at the Melbourne Arts Centre on 21 October.

The tour starts at a landmark mural in Little Smith Street, Fitzroy, detailing some of Melbourne’s queer history, including a depiction of the marrriage of Edward de Lacy Evans – one of Australia's first documented transgender people – to Mary Delahunty in 1856 at St Francis’ Church in the CBD.

Tour creators LUCIANO and Georgia Keats and many other voices take listeners on journeys across sites such as the rainbow footpath on the corner of Smith and Gertrude streets, the Courage statue in Napier Street and the Royal Exhibition Building, where the Aids Quilt was unfolded in 1999.

In the virtual realm, the innovative Prima Donna podcast profiles Australian artists in both words and sounds. The series combines oral history with sonic artworks, through interviews with Australian artists collaged with original compositions by composer Nat Grant.

More traditionally, Bain Attwood’s book William Cooper: An Aboriginal Life Story documents the life of the prominent Aboriginal activist who petitioned the British King in 1933 for Aboriginal representation in the Australian Parliament, and led the walk-off of the Yorta Yorta people from Cumeroogunga reserve in 1939.

The Victorian Community History Awards are presented by Public Record Office Victoria in partnership with the Royal Historical Society of Victoria and are funded by the Andrews Labor Government.

For more information visit prov.vic.gov.au and see the shortlist here.

“Without knowing our past we can’t know where we are going, so it’s fantastic we can recognise these projects and publications that bring Victoria’s colourful history to life.”

“The projects have something for everyone, from exciting new books to walking tours uncovering the stories hidden on our city streets.” 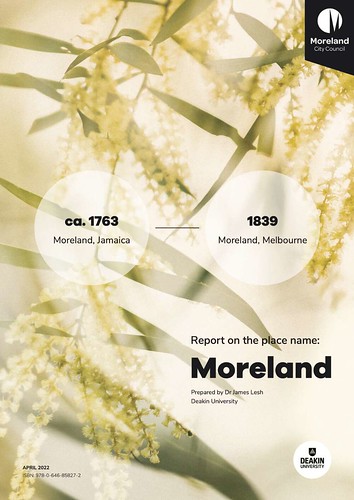