If you thought you knew all about Victoria’s bushrangers, think again. There’s far more to it than the story of Ned Kelly.

Were they Colonial ‘Robin Hoods’ or murderous thugs?

From the 19th of September, a new exhibition at the Old Treasury Building will reveal the long history of bushranging in Victoria, with some new and little-known characters from our frontier past.

Meet the first bushrangers convicted in 1842 who were tried and executed publicly as an example to others. And the audacious gang who held up travelers on St Kilda Road in the 1850s of which William Strutt’s famous work, Bushrangers (pictured below Courtesy of the Ian Potter Museum of Art), was inspired.

At the time it was reported:

“They found themselves surrounded; guns were placed at each of their heads, and that of the horse… The attack was so outrageous, that they thought it was a joke; but as they were addressed in the most abusive language and told that their brains would be blown out if they delayed, they got out of their dray…”

Who was the Wild Colonial Boy? 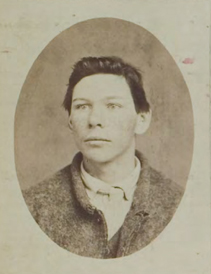 He’d rob the largest squatters, their stock he would destroy, a terror to Australia was the wild colonial boy."

Wild Colonial Boys is presented by the Old Treasury Building in partnership with Public Record Office Victoria. It features records from the state’s archives and other intriguing artefacts, including Mad Dan Morgan’s death mask from the collection of the Museum of Anatomy and Pathology at the University of Melbourne and Dan Kelly’s armour, on loan from the Police Museum.

And it asks us to think about how we see the bushrangers today. Were they indeed nineteenth century ‘Robin Hoods’ – or just common criminals? We’ll leave you to judge.

What: Wild Colonial Boys: Bushrangers in Victoria
Where: Old Treasury Building, 20 Spring Street, Melbourne.
When: From 19 September 2016 to August 2017. Open Sunday through Friday 10am-4pm (closed Saturdays).
Bookings: This is a FREE exhibition. Bookings not required.

An exciting public program accompanies the exhibition, see otb.org.au for details. Visitors can also access additional digital content by downloading the ‘Layar’ app and scanning codes hidden throughout the displays.

By far the most famous of them all! Get a taste of Ned Kelly’s story (below) before you see the exhibition. Click here to open the gallery in a new window.