45 years since the hanging of Ronald Ryan

Particulars of Execution Book – the hanging of Ronald Ryan

He stood quite still and was cooperative with the execution. As he fell one heard his neck break. After fall no movements. Heart beat for 3 to 4 minutes. No breathing. Cause of death Fracture dislocation of neck consistent with Judicial hanging
VPRS 14526/P1 Particulars of Execution Book 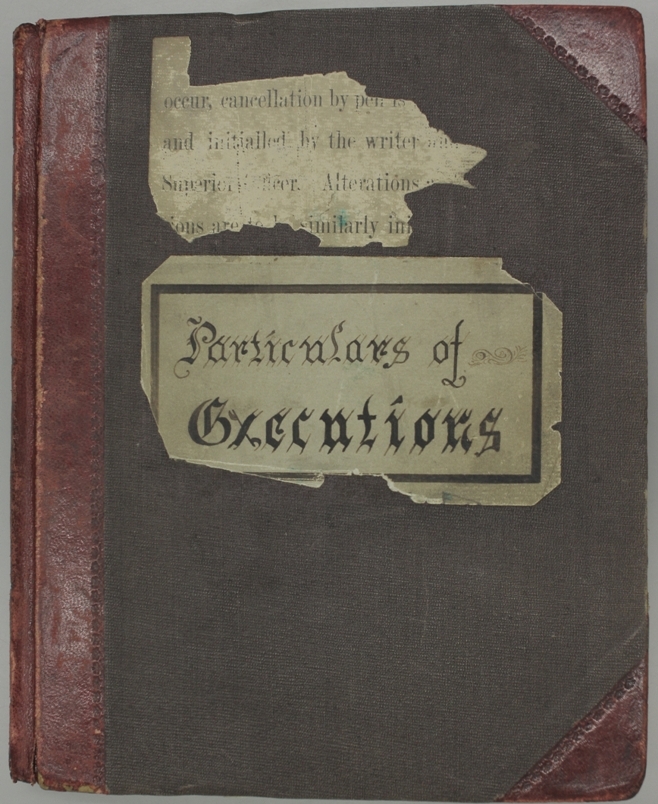 Ronald Ryan was convicted of murder for shooting and killing prison officer George Hodson, 41, during an escape from Pentridge Prison.

Hanged 45 years ago today, 3 February 1965 at 8am Ryan’s execution caused a storm of community opposition, supported by the media, which turned against the government led by Henry Bolt over the issue of capital punishment.

The public outcry was so deeply intense, no government in Australia risked imposing the death penalty.

Victoria retained the death penalty for another ten years before finally abolishing it in 1975.

Ryan’s hanging is the last entry in the “Particulars of Execution Book” which records details of executions by hanging in Victoria between 1894 to 1967.

Details of executions in the book include the name and age of person, height, weight, and the ‘length of drop’ required for the hanging. Entries also contain remarks on the hanging and deaths, with some including photographs and drawings of fractured vertebrae. A 1904 confidential circular attached to the inside cover of the book details an ‘Executions - Table of Drops’, outlining the calculation formula for the length of the drop required according to the weight of the person being hanged.

This book is a part of the darker side of our archives, showing just how much our justice has changed in almost fifty years. 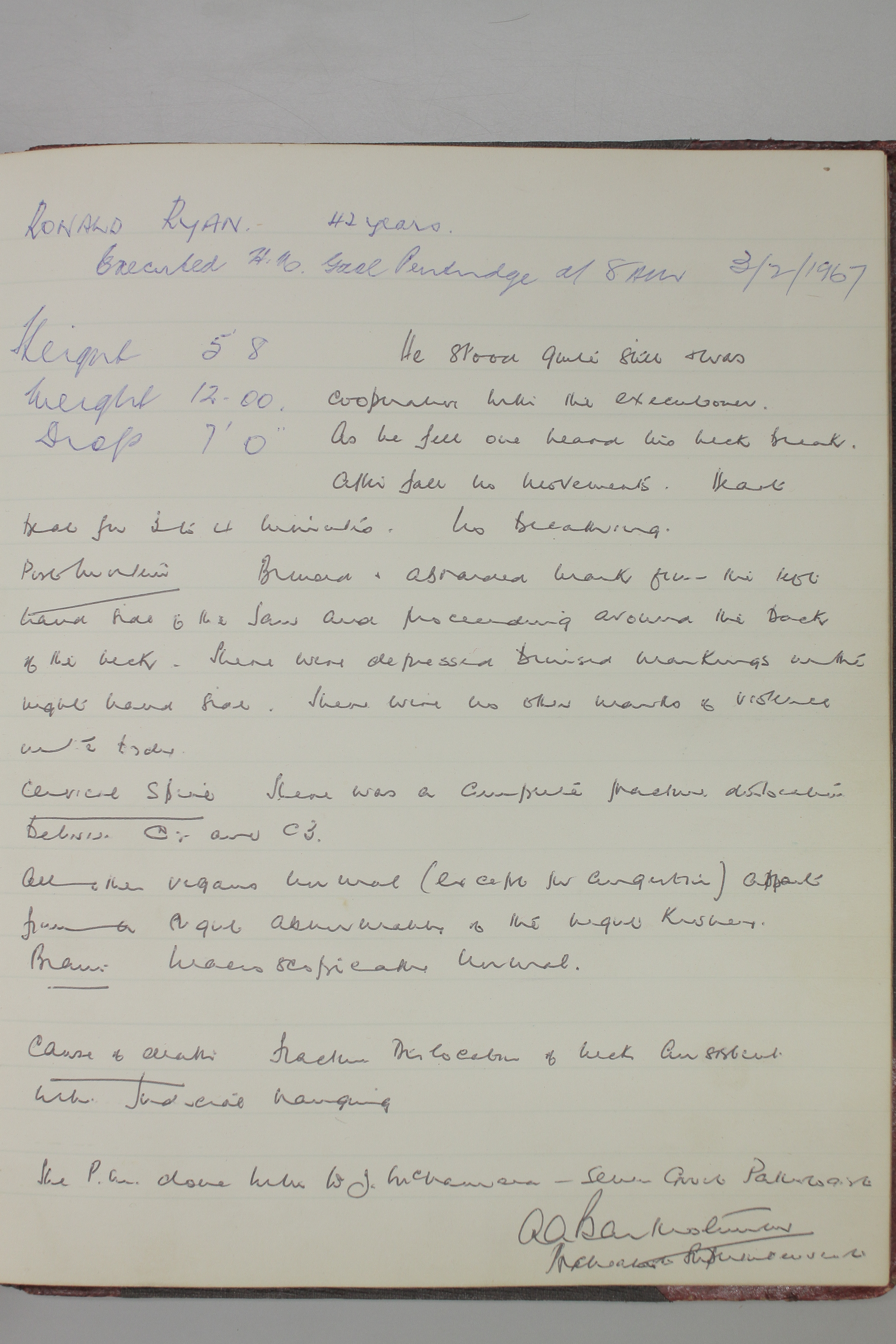