If you’re a fan of photography that captures the subtle, and not so subtle, trends of the built environment you might find the current photography exhibition at the VAC (Victorian Archives Centre) Gallery, Beyond Bluestone: Bending Melbourne’s Architectural Boundaries worth a look.

This is the forth exhibition of its kind at the Victorian Archives Centre Gallery, where curator’s pair historic collection items with contemporary submissions, offering interesting social context, and highlighting similar historic threads between old stories and new developments, proving Melbourne’s ever changing culture. 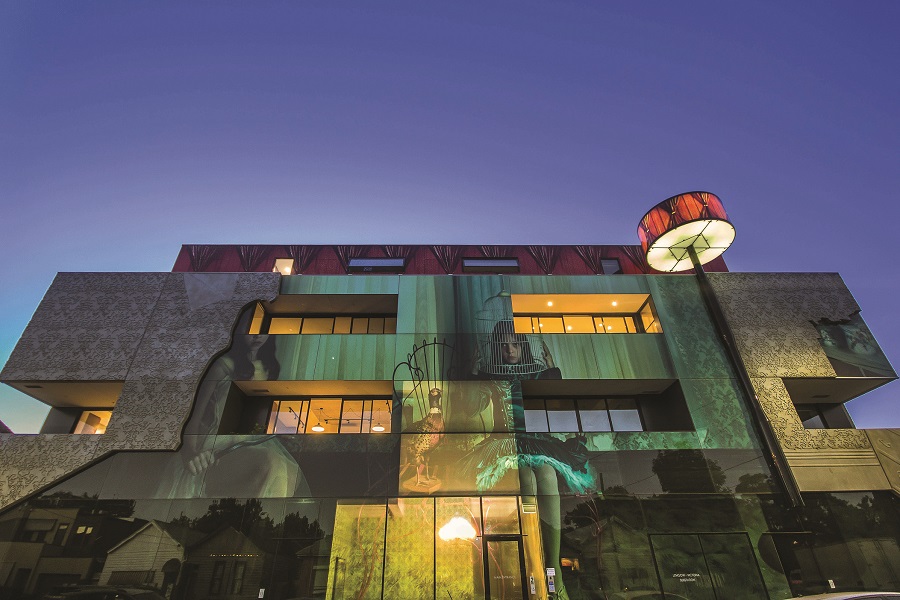 This photo of Abbotsford apartment block 2 Girls by photographer Barbsie March is a brilliant illustration of the lengths apartment developers and their designers will go to offer a unique product by merging art with architecture; the front façade is designed using a photograph by Samantha Everton, while heritage worker huts reflected at the base of the photo provide a sobering point of contrast. 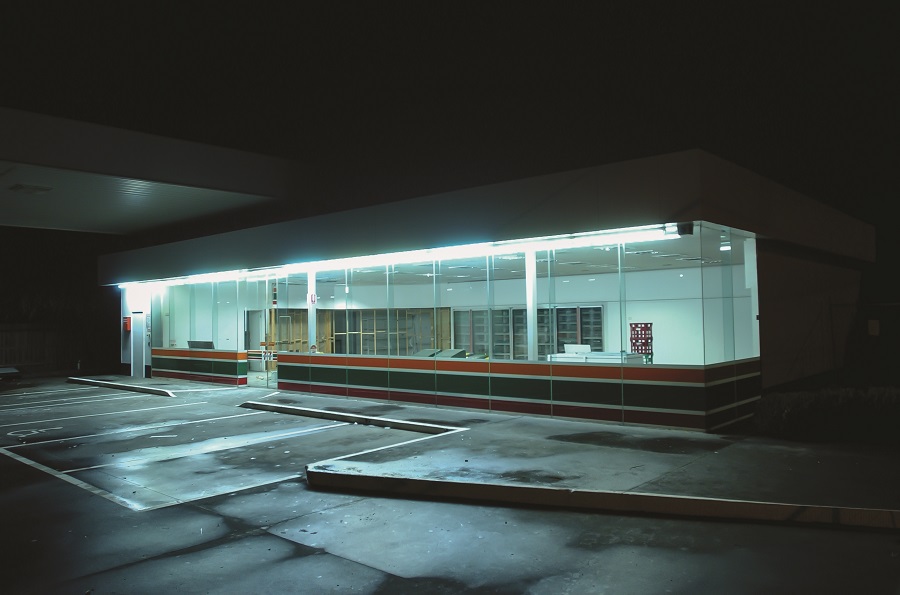 Curators of the exhibition felt Andrew May’s haunting image Abandoned 7/11 of an abandoned 7-11 store symbolised the current trend of globalised architecture: ubiquitous global brands that dominate the built landscape are often abandoned for someone else to clean up when the location choice fails to bring any success.

From Public Record Office Victoria’s (Victorian State Archives) collection significant mid-century infrastructure projects are on display, like the Myer Music Bowl. Completed in 1959 the roof was designed like draped fabric made from sheets of aluminium clad plywood, this technique was innovative for its time and has proven itself as a much loved music venue that doesn’t date.

Also included are photos of Melbourne’s social housing towers which dot the inner city ring. They replaced slums which dominated inner city Melbourne until the 1950s. Over forty towers were built using modernist principles to house thousands of low income residents, kicking off decades of public housing development which in effect solved a mid-century shortage in affordable housing.

VAC Gallery is the lobby gallery at the Victorian Archives Centre, it's open Monday to Friday 9am to 5.30pm, and every second and last Saturday of the month. This exhibition closes on Thursday 11 October 2018 to make way for our upcoming Moving Melbourne exhibition.