What are 'Deeds of Composition'?

A ‘Deed of Composition’ is the record of arrangements between insolvent debtors and their creditors in which they agree to settle for a percentage of the amounts owed. This small series was created by the Court of Insolvency, Melbourne 1871-1898.

The deed process enabled those who could not pay their liabilities to make a private arrangement with their creditors and then be completely discharged.

The practice was also known as “Secret Compositions” because the arrangement required no personal court appearance and there was little to no newspaper reporting of the arrangement. The stigma and restrictions of formal bankruptcy were also avoided and the individual could incur new debts immediately as their financial situation was known only to their old creditors.

PROV volunteer Marilyn Kenny, who indexed and repackaged the files, said that the records enable researchers to understand the characteristics of those who sought to make such an arrangement and appreciate the impact this pattern of debt had on Victorian society.

“The amount of money involved totalled into the millions of pounds,” she said.

“This is the first full listing of names, addresses and occupations across the whole period. Family historians may discover unexpected details of their ancestor’s financial dealings.”

Here we can see an example of what you can find within each record. This is Andrew Anderson Pratt’s “Deed of Composition” in which he outlines everything he owes to his 11 creditors.

Look through all records in this series 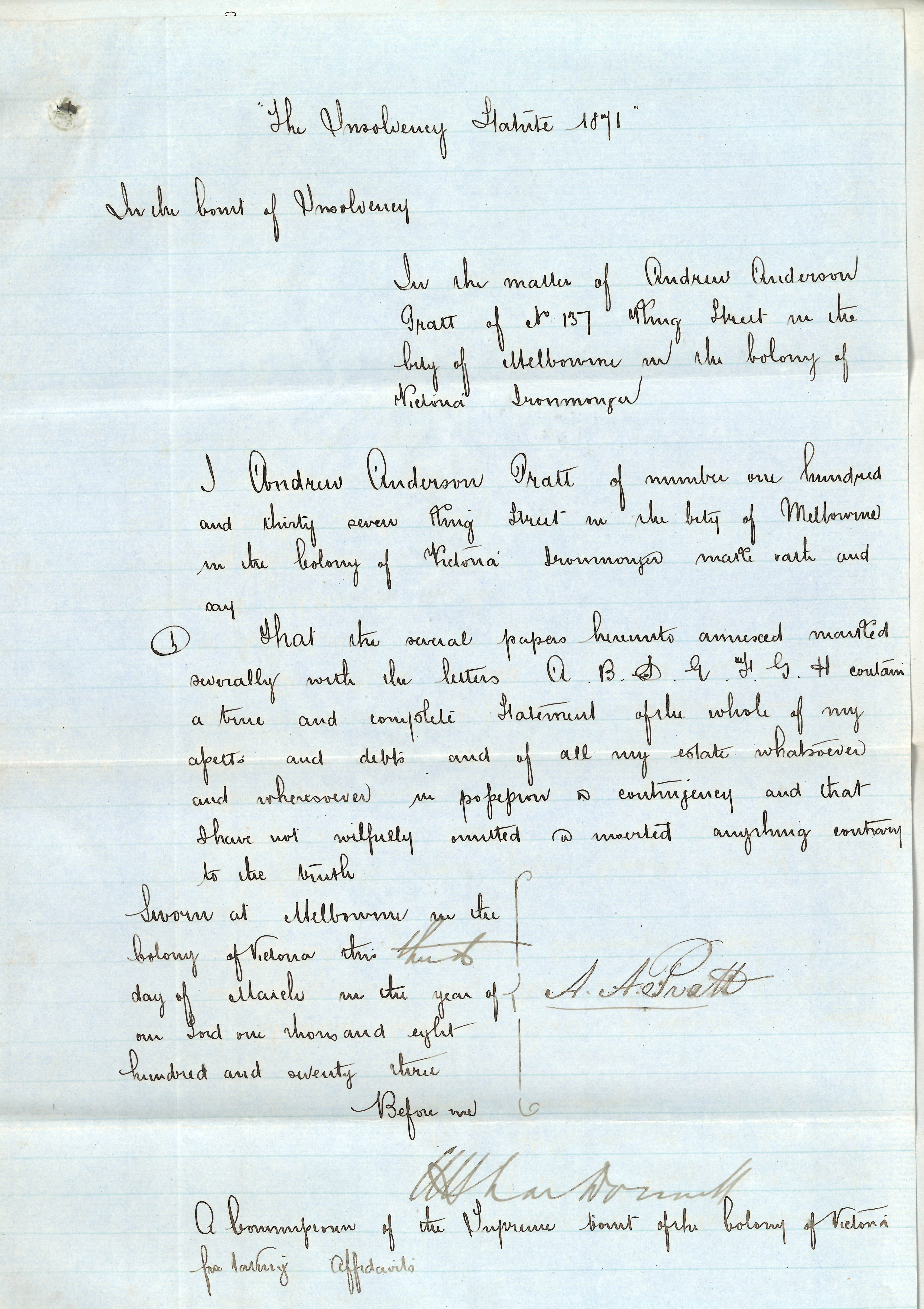 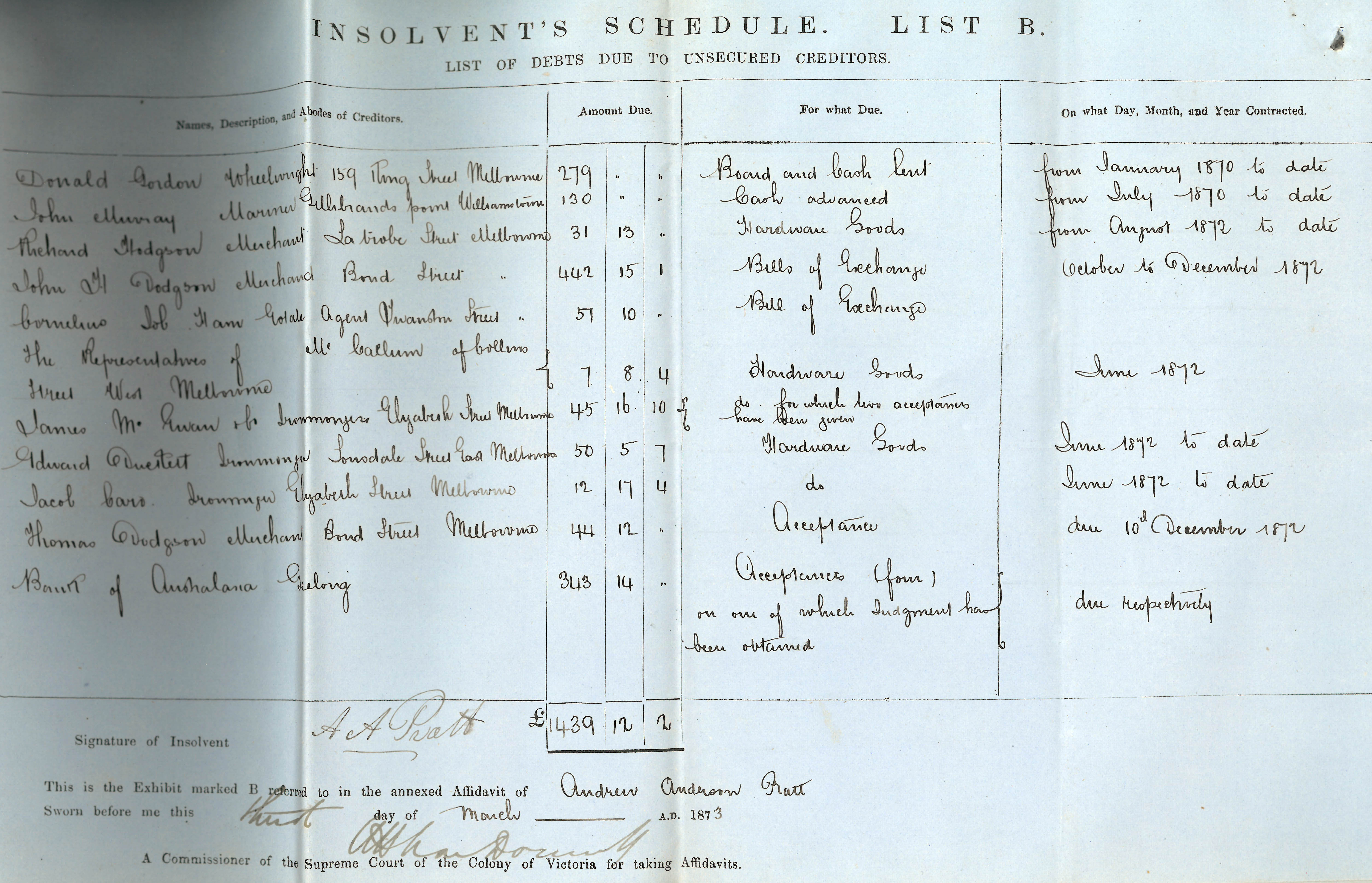 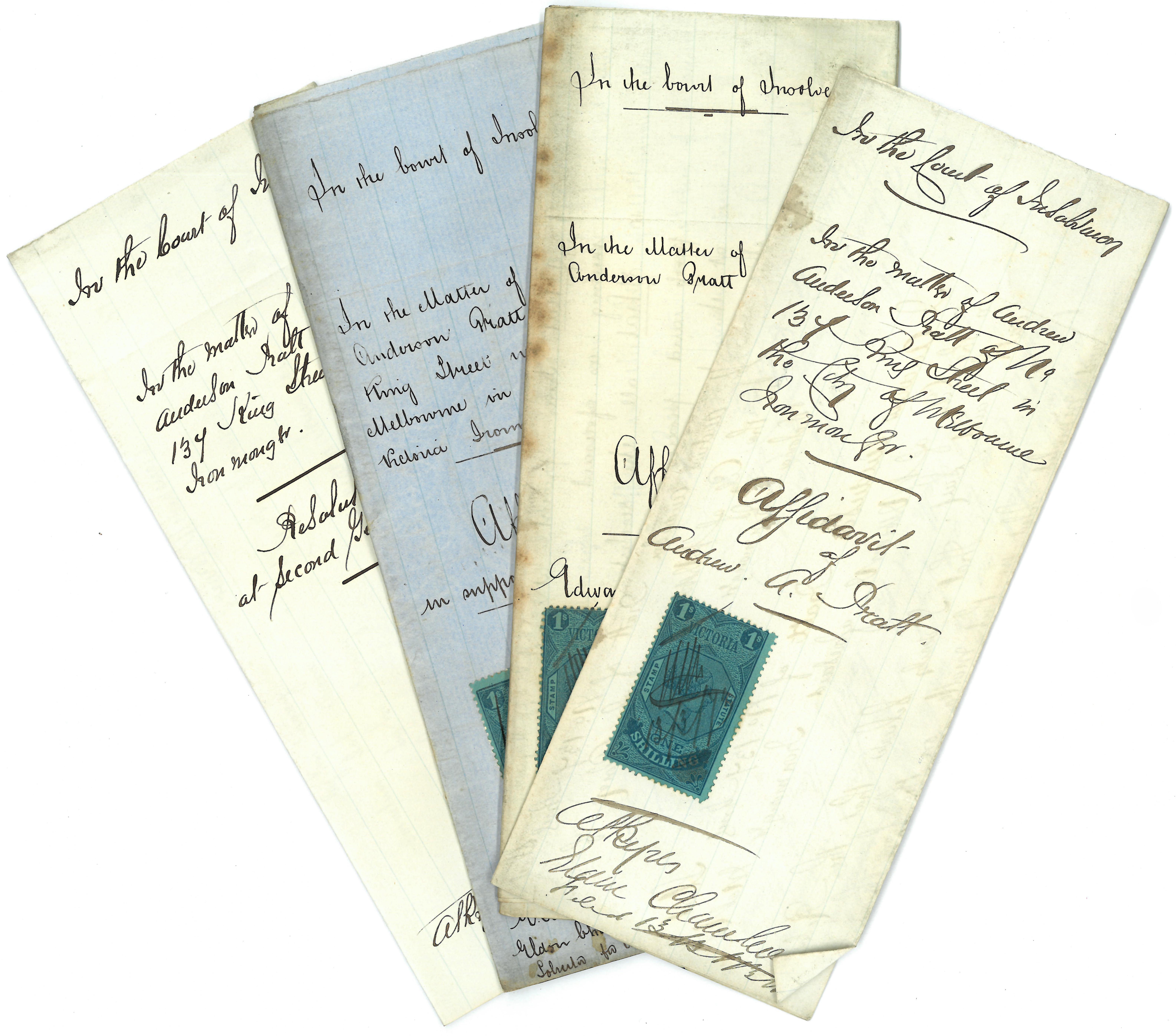