At the Victorian Archives Centre

Bronwen worked on her book 'The Next Step: walking solo 800 kilometres across France' during the 2017 ‘Finish Your Book’ course with Hazel Edwards. Read her blog: https://bronwhy.com/

A year is a long time in anyone’s life, but in the life of a family history researcher and writer, it is more than enough to finish a manuscript, according to Hazel Edwards.

In January 2017, sixteen aspiring writers, including myself, set out on a voyage of discovery to learn the tips and pitfalls of writing a book. Some already had journalistic or academic backgrounds whereas others had never before tackled such a big writing task.

Nearly 12 months later, after monthly three-hour workshops at the Victorian Archives Centre, and a lot of frustration and break-through moments, we completed our manuscripts and, despite flood warnings, met in early December to celebrate!

“Despite Friday's flood warning, we had a fun launch of the year-long 'Finish Your Book' group. They not only completed their books but each brought a plate of food to share which linked with the title of their manuscript," said Hazel. 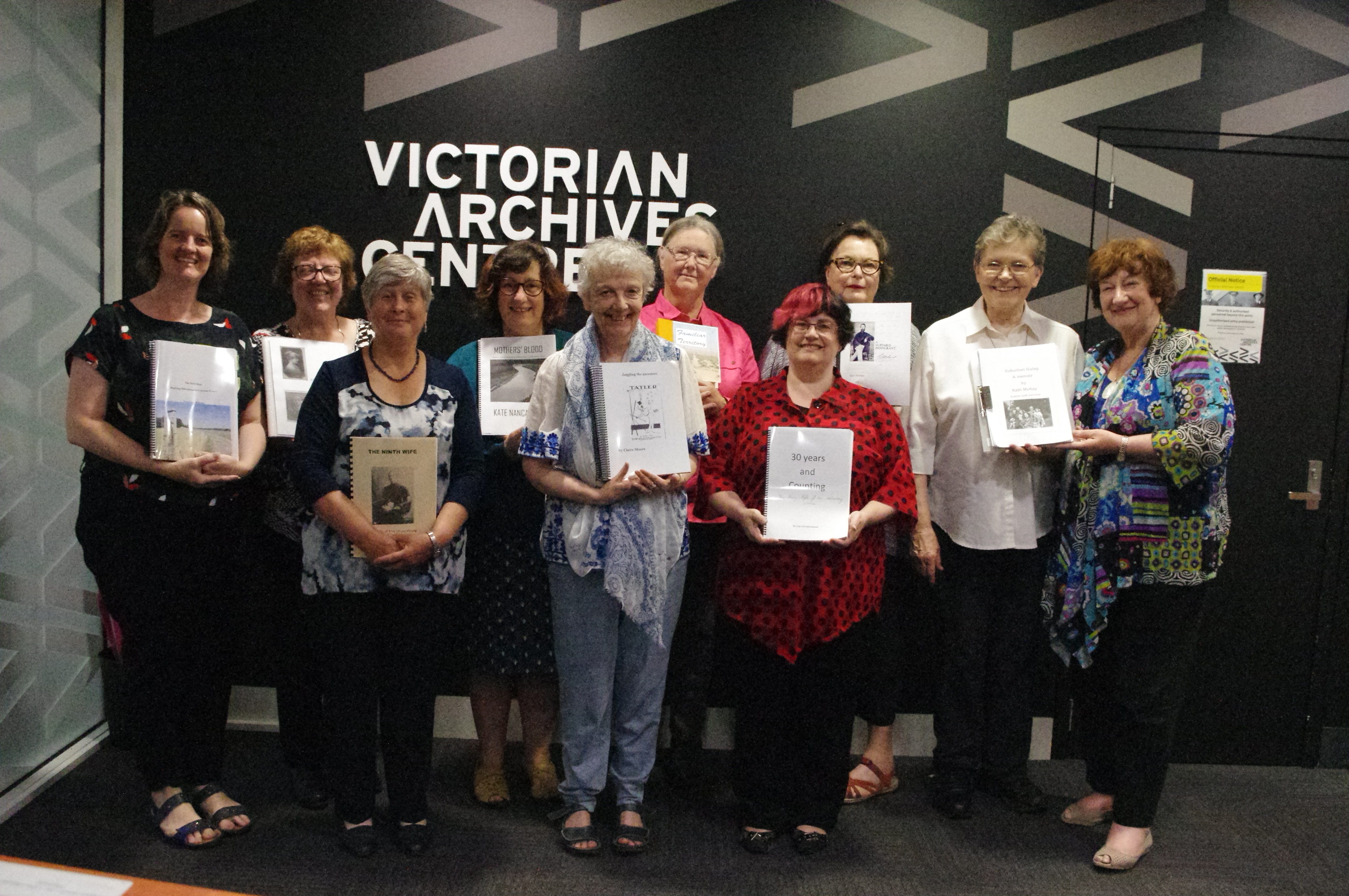 As well as kicking up our heels, we also took the opportunity to get down to the serious business of reviewing what we'd written and learned in the 36 hours of workshops and the many hours spent at home. We compiled a great list of helpful hints for ‘finishing your book’.

And most importantly - Just keep going!

What the course involved

Each month, participants brought a page of their manuscript to be read aloud to the group. Hearing your work being read by another person gives a deeper understanding of the sound and flow of the words. Margaret said:

“Being in a group such as this one is very supportive – it really helped that I had to get to the next session with everyone – to find out the end of their journey.”

This was a great way to give writers a deadline.

Many members of the group had spent years researching their ancestors, and at times the amount of material becomes overwhelming. Pauline found that there were effective ways of using research:

“Learning how to hone my research to help flesh out the characters and their environment helped enormously”.

And other participants found the support and encouragement to embrace technology very helpful:

“Re-typing passages was helpful in deciding on changes to the text," said Claire.

Hazel Edwards is offering this course again in 2018 for a new batch of writers. It will run from 10am to 1pm on the first Friday of each month at the Victorian Archives Centre beginning in January.