The King vs. Bruin and Morris

The 22nd Melbourne Queer Film Festival (15th-25th  of March) is a great reminder of some of the unique records to be found at PROV that relate to gay, lesbian, bisexual, transgender and intersex (GLBTI) Victorians. 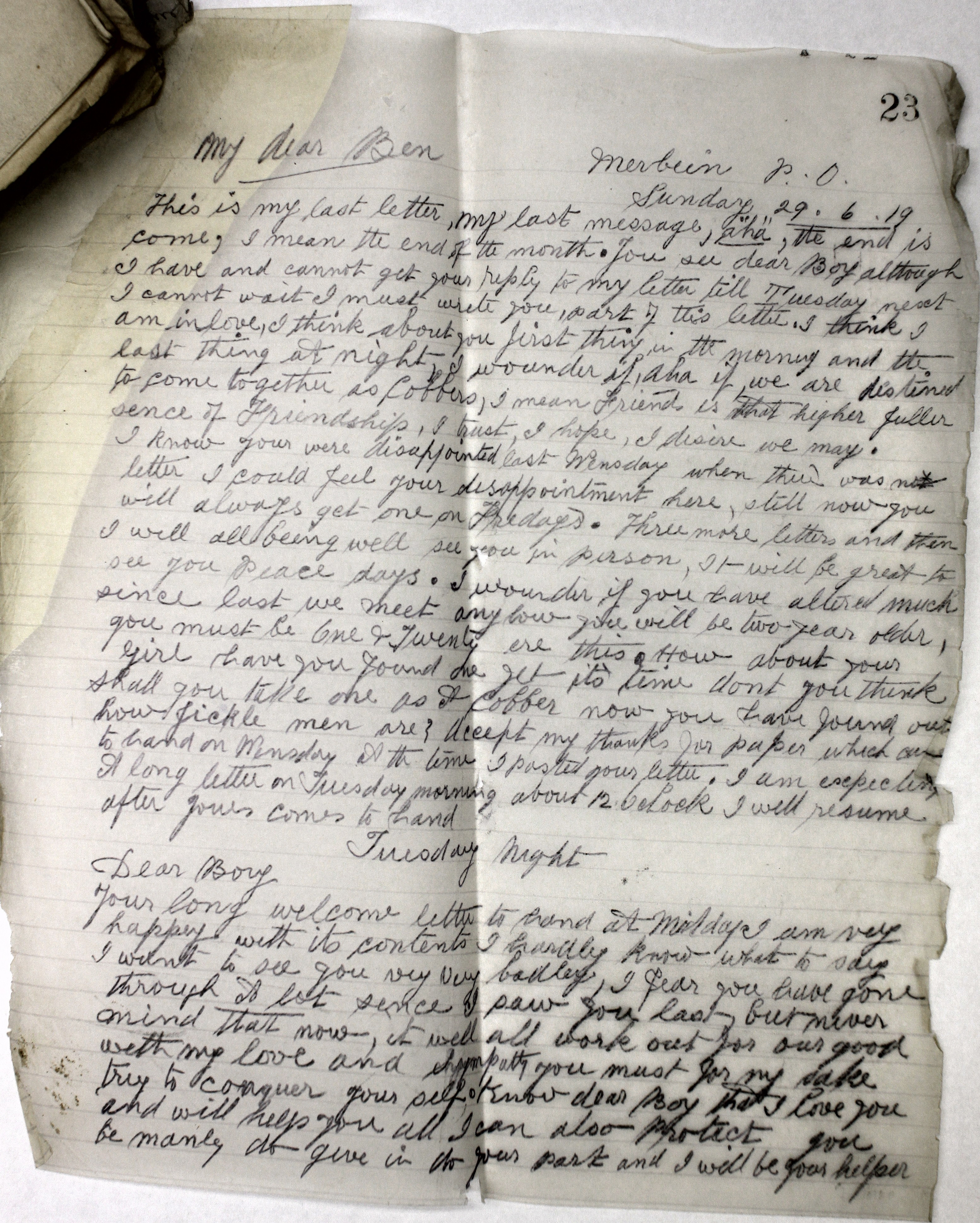 One example, from the Criminal Trial Briefs series, contains a brief (VPRS 30 / Consignment P0 / Unit 1877 / Item 100) relating to charges against two men, Harry Bruin and Benjamin Morris, who in 1920 were accused of ‘committing unnatural offences’ upon each other. (Note that records of cases put together by the crown prosecution are not to be confused with records of actual, if any, court proceedings. In this case the crown did not bring the case to trial.) Included as evidence against Bruin and Morris were a series of beautifully-written, gently-affectionate letters between the two, the contents of which evoke universally those feelings of love and longing that all of us feel during our lifetimes. The most powerful aspect of this particular record is that through these letters, we are able to hear these men’s voices directly, rather than just reading mediated accounts of them as they were spoken of in the context of prevailing attitudes at the time. Homosexuality was decriminalised in Victoria in 1981 and Victoria Police introduced their first part time Gay and Lesbian Liaison Officer with the first full time GLLO appointed in 2000. It is ironic that the persecution of Bruin and Morris in 1920 has ultimately served to preserve their voices, giving us a sense of how far Victoria has come in the last 100 years. 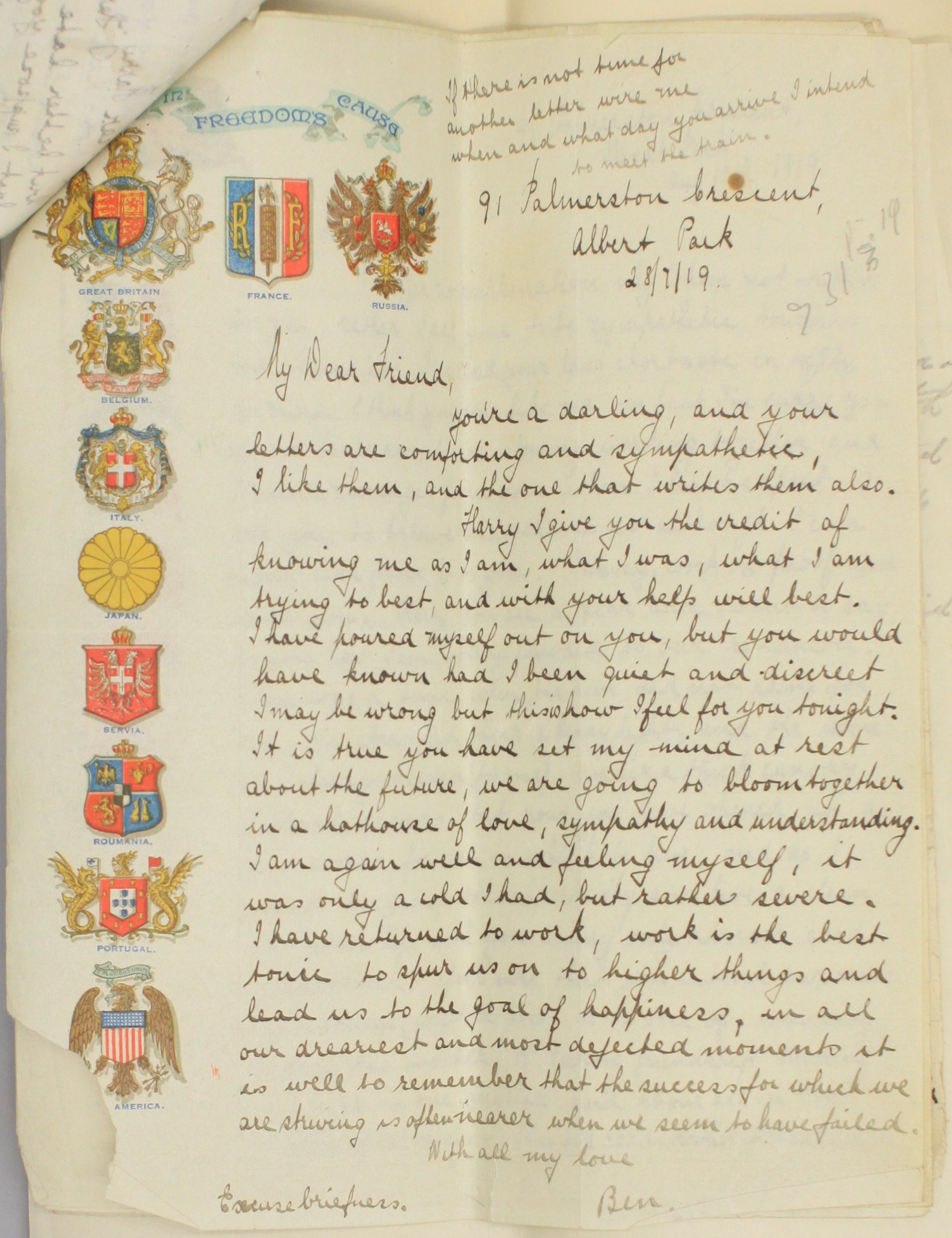 Being able use public records to look back at how much a society can change in a short period of time and how those changes effect the lives of individual people is invaluable in informing attitudes as Victoria  continues to evolve, especially in the current national and international movement towards marriage equality for the GLBTI Community.

PROV would like to acknowledge The Australian Lesbian and Gay Archive (www.alga.org.au) and researcher Wayne Murdoch for their assistance in bringing this record to light. (The letters feature in Wayne Murdoch’s article in the current issue of the La Trobe Journal, No. 87: Queen city of the south, ‘Phone me up sometime : Melbourne’s homosexual subcultures in the interwar years’, edited by ALGA President Dr Graham Willett)