In episode 3 of Underbelly: Squizzy last night we were taken on a roller coaster ride with Squizzy and his gang in Squizzy’s quest to rule Fitzroy.

And didn't the shootout at the Railway Hotel where both Henry Stokes and Harry Slater were arrested have Squizzy crouching in a corner like a scared teenager?  This was part of his plan though.  And did you know the Railway Hotel still stands today in West Melbourne?  Take a look at an image from our online Public Transport Corporation photographs that we found with the Railway Hotel in the background in the 1960s.  A truly amazing building. 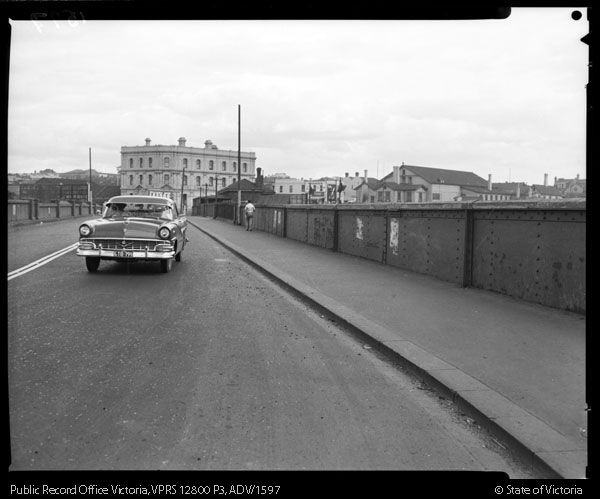 And didn’t Lorna Kelly make an entrance into Squizzy’s life.  And what was that Women’s Temperance Movement?  When we searched our catalogue we found a couple of references to this group.  Known as the Women’s Christian Temperance Union Victoria Inc, organised in May 1891, they quote “re-affirm our total abstinence stand and our opposition to the use of beverage alcohol, tobacco and all other harmful drugs, as well as all immoral and degrading practices”.  This is interesting given Squizzy’s background.  View a letter to the Resolutions National Convention in 1977 below. (VPRS 12549/P3 Unit 14, File 01/05/0007). 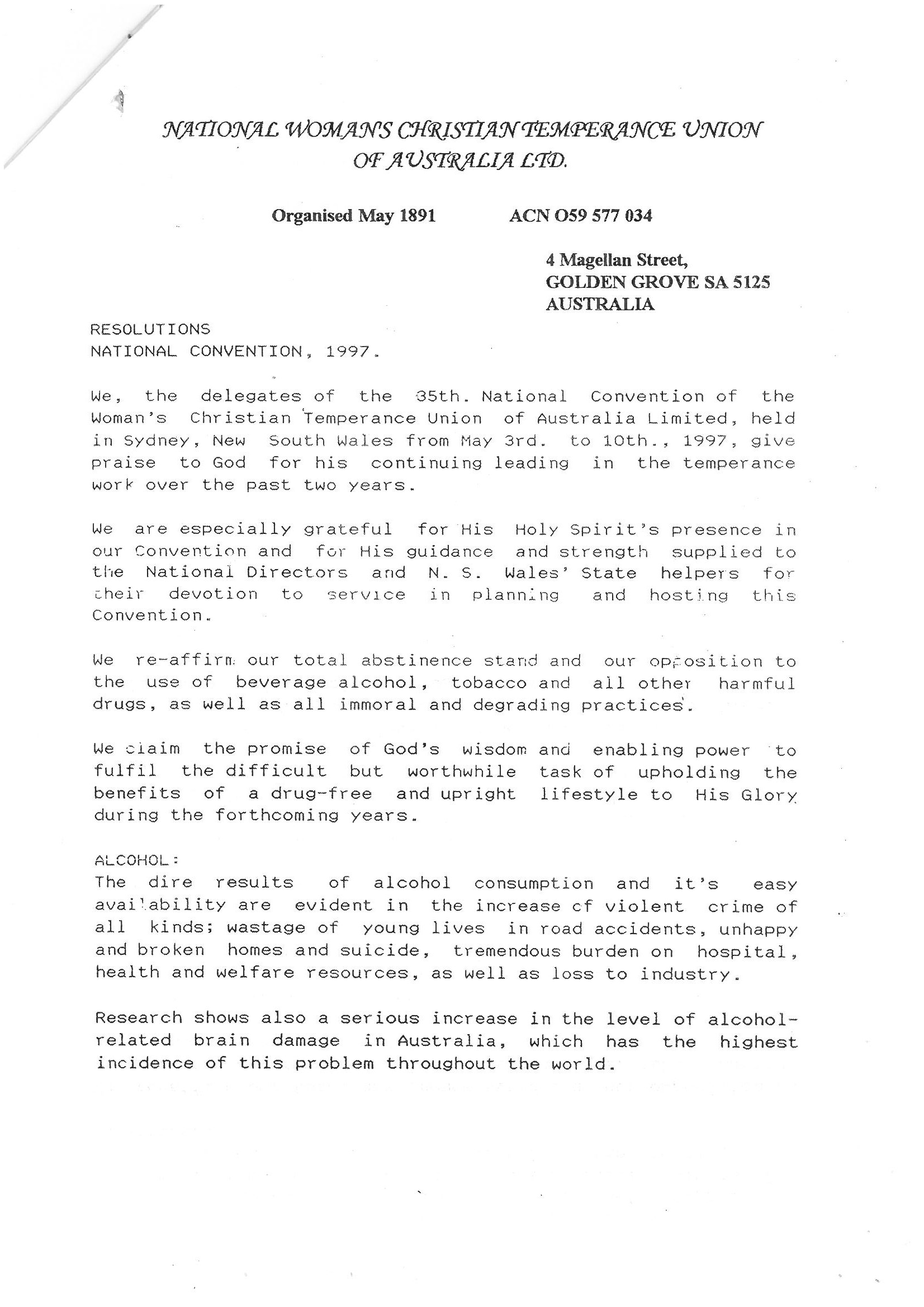 In a small quiet town of Fitzroy, in the Jika Jika Parish, in Melbourne, Victoria, a vendetta known as the “Fitzroy Vendetta” often resulted in many shootings in Napier Lane in Fitzroy.  Within our collection, we hold a number of online Parish and Township Plans.  Look what we found – one for the Parish of Jika Jika (VPRS 16171/P1 Plans Ne-R – North Fitzroy in Parish of Jika Jika, Imperial measure M17).   Available to those seeking information on land records is access to the online Parish and Township working plans in VPRS 16171.  The series contains digitised copies of parish and township working plans, as well as closer settlement, land settlement, soldier settlement, county and other miscellaneous working plans. 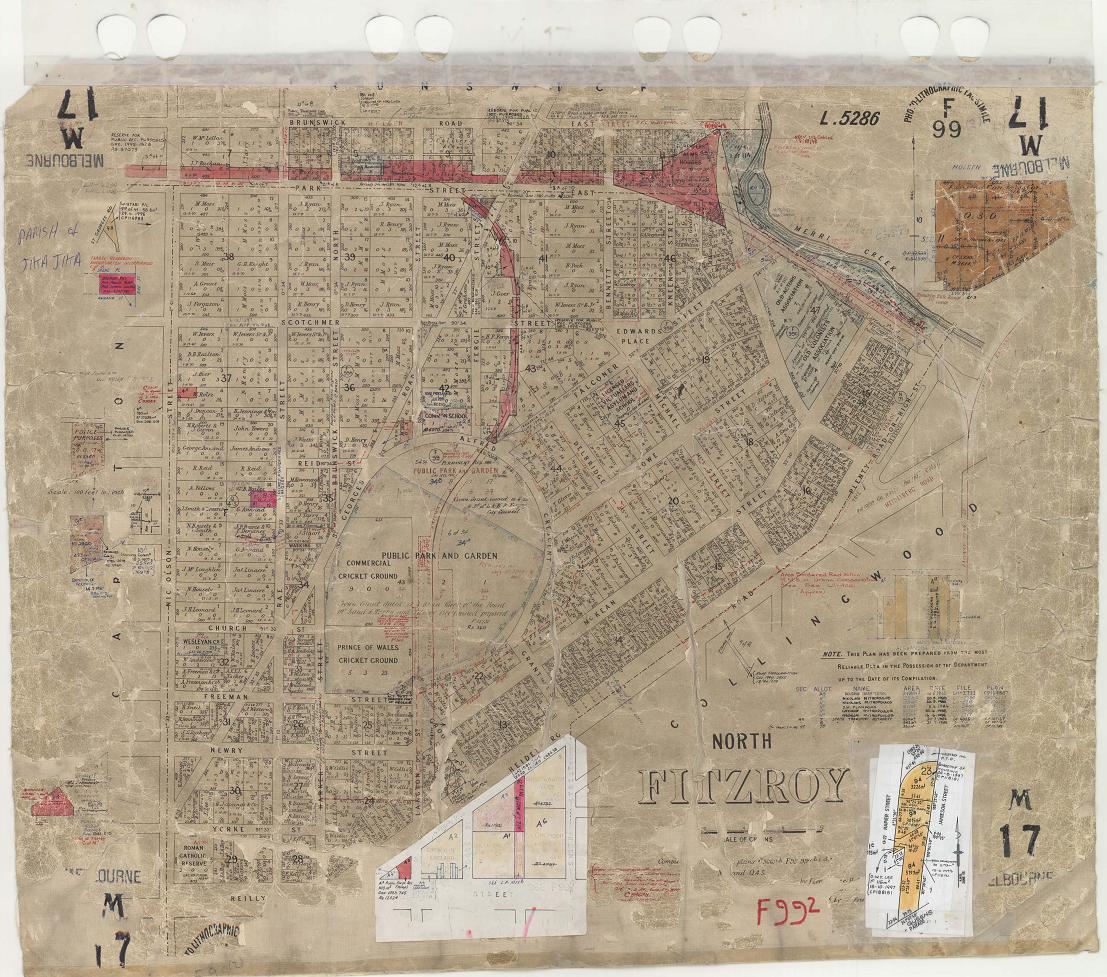 Stay tuned for episode 4 of Underbelly: Squizzy next Sunday night on Channel 9.