The Victorian Government recently announced that the remains of the bushranger Ned Kelly will be released to members of his family for burial. This decision is in accordance with Kelly's wishes which was recorded in a letter held in the PROV Collection.

The letter, dated 10 November 1880, is from the PROV Collection and is held along with other letters Kelly wrote via dictation whilst in gaol awaiting his execution. 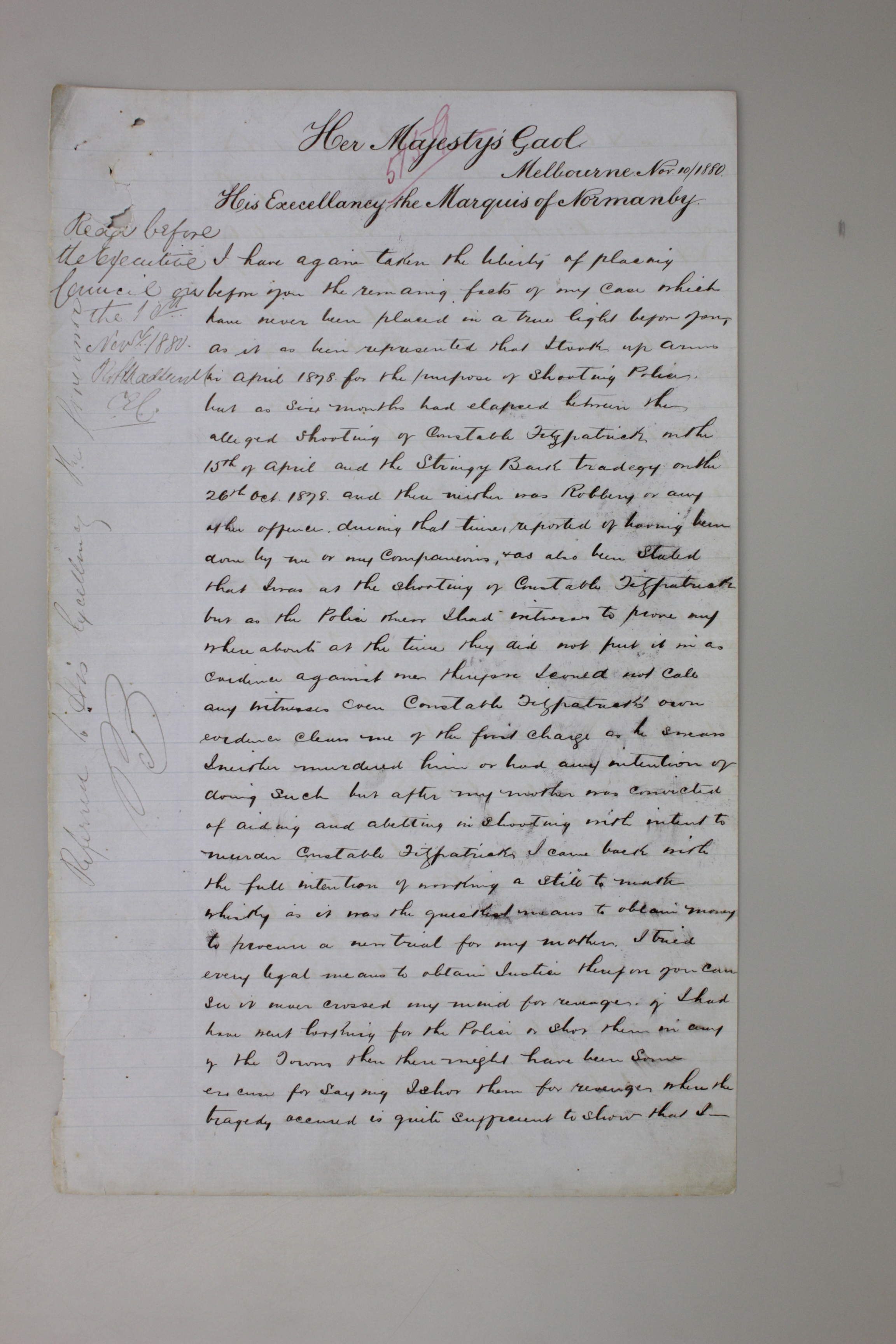 Kelly was unable to write any of the letters himself owing to the injuries he had received at Glenrowan and so signed them with “his mark” which was an ‘X’. To find the letter in on online Kelly Historical Collection, it must be understood that all of the Kelly letters referred to above are effectively pages within the Kelly Capital Case file.

This file was created at the time by the Crown Law Department to document the process that occurred after his trial to determine whether a recommendation should be put to the Governor as to whether the mandatory death sentence should be commuted to a lesser one.  (This was the case for all prisoners sentenced to death for capital offences – refer to VPRS 264 or VPRS 1100.) According to the Minutes of the Executive Council (VPRS 1080/P0, unit 20), the Executive Council including the Governor considered the Kelly sentence in meetings held on November 3rd, 8th and 10th.

The minutes for the November 10 (page 219) meeting record that the letter was read and tabled by the Clerk of the Executive Council.  An annotation to this effect was also made on the first page of the letter.  (Another of Kelly’s letters was similarly read and tabled at the meeting of 8 November.)

A digitised representation of the Kelly Capital case file containing the letter can be found in our Collection online at VPRS 4966/P0 Kelly Historical Collection – Part II Crown Law Department in unit 2 9 (it's a really big file).
For those of you who simply want to read the letter the first page has been reproduced for you here in full.