Immigration records that are held by Public Record Office Victoria (PROV) provide information about the administration of inward and outward immigration for Victoria. The inwards records relate to both assisted immigrants and those who came unassisted or were privately sponsored.

Famous People of the Past on our Unassisted Passenger Lists

The assisted, unassisted and outward passenger lists have all been fully indexed and are available to search online. When searching these indexes you can find famous people of the past listed. Two of these world famous people are Saint Mary Mackillop of the Cross, who is just listed on there as Mary Mackillop and her profession/calling is listed as Nun, The other famous person is Dame Nellie Melba who is listed on there as Mme Melba and her profession/calling is listed as Lady.

Saint Mary Mackillop of the Cross

Mary Mackillop was travelling back from Rome, Italy in October 1874 onboard the ship the SS St Osyth. She made it back into Melbourne, Victoria on January 1875. Mary Mackillop, as we all know is a world famous Australian who was beatified on 19 January 1995 in Sydney, Australia by Pope John Paul II  and then canonised and recognised as Saint Mary Mackillop of the Cross on 17 October 2010 at St Peters Basilica in Vatican City, Rome by Pope Benedict XVI. 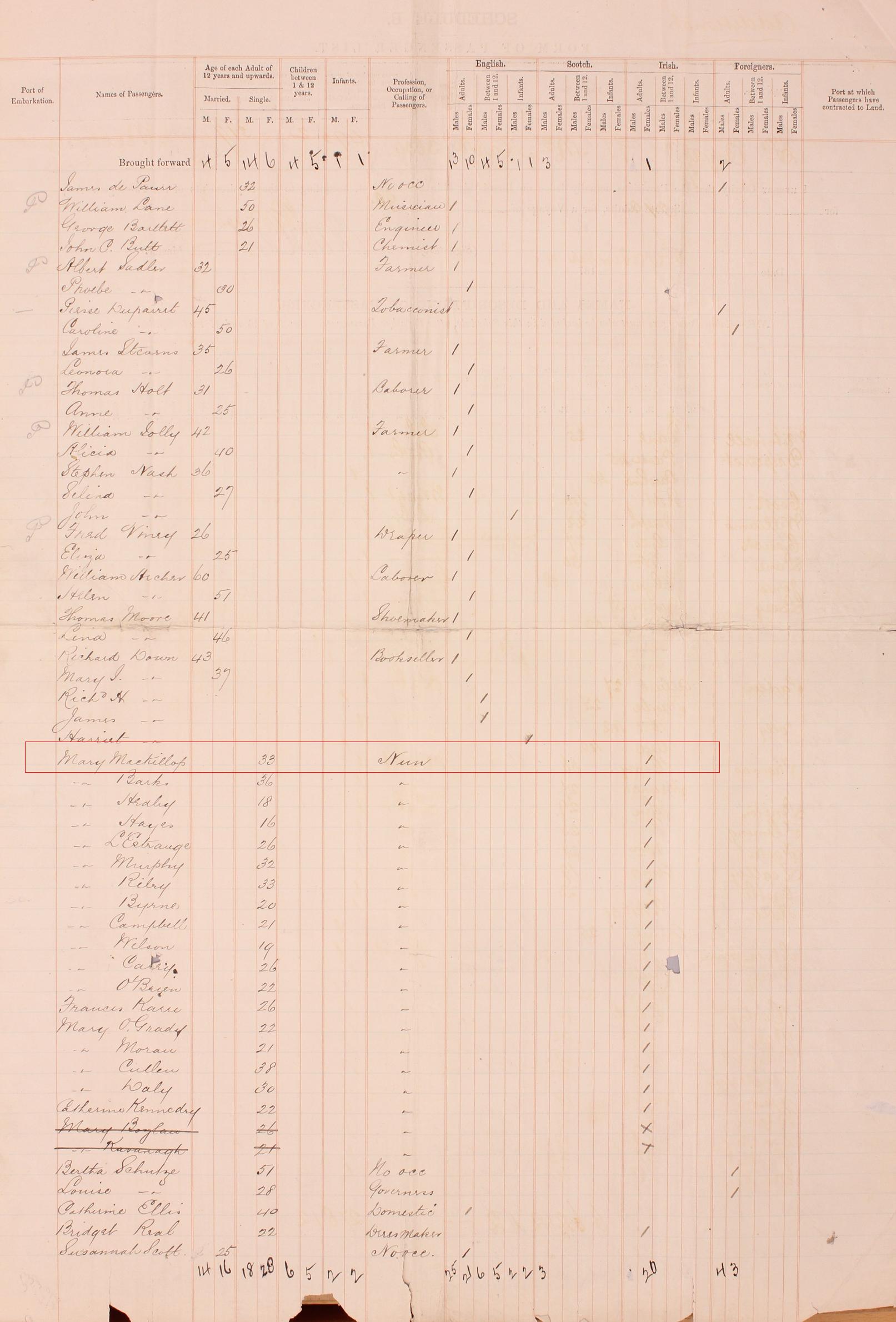 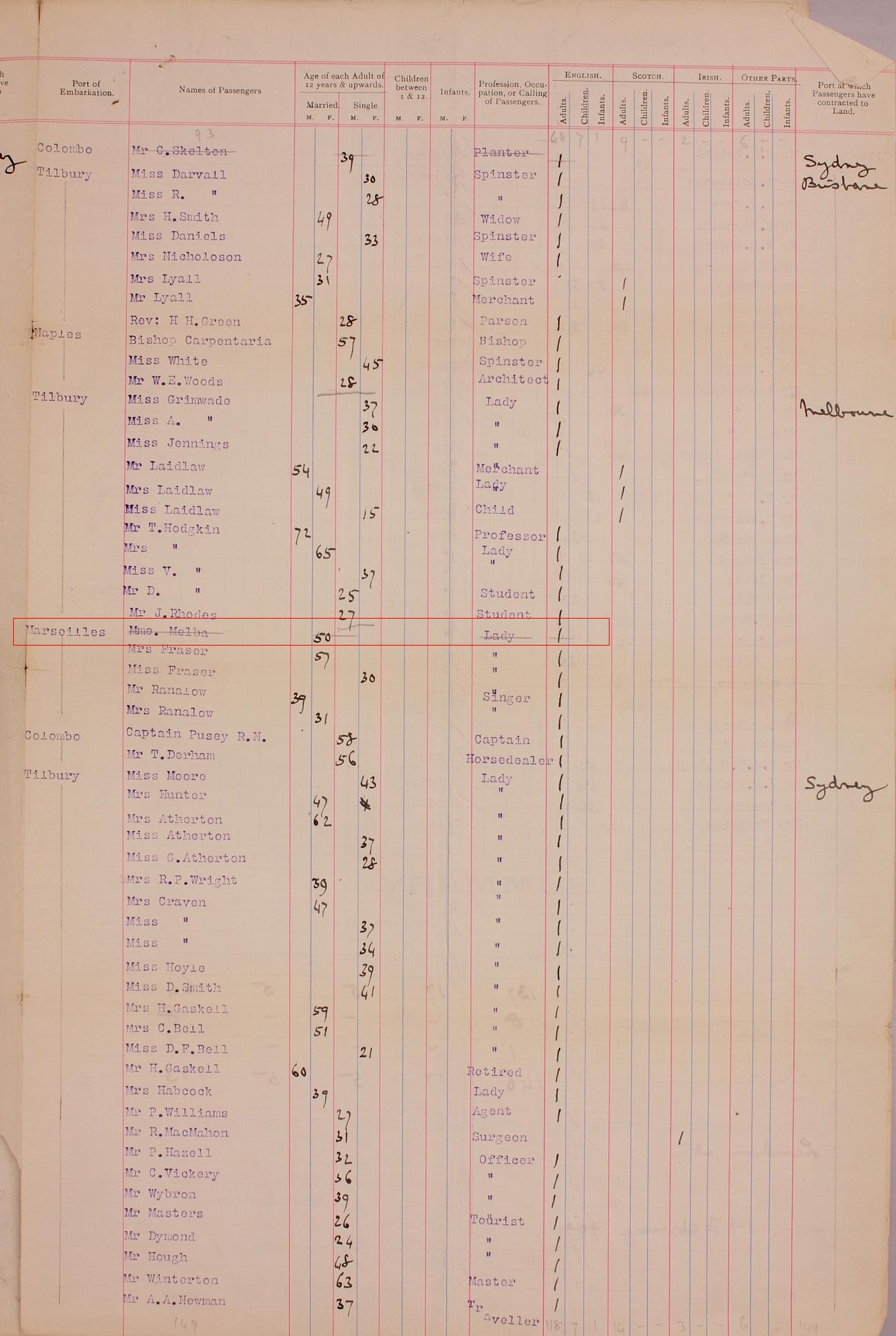