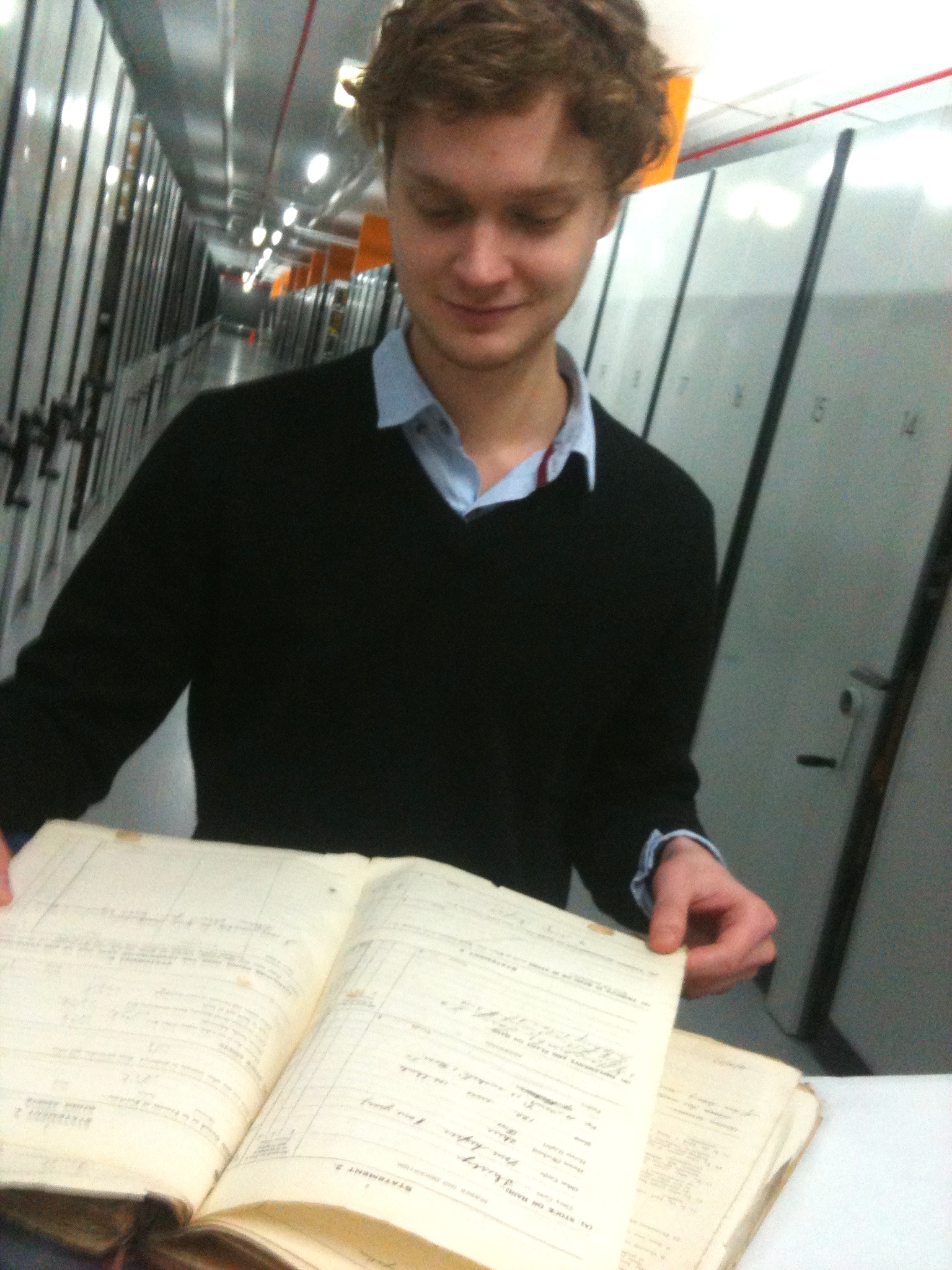 Public Record Office Victoria is currently digitising around 10,000 Soldier Settlement Records for the centenary commemoration of World War One. The entire collection of individual soldier settlement records helps to explain the highs and lows of the farming experience undertaken by many returned Victorian soldiers; most of the soldiers were offered leased land in recognition of their war service. It will be searchable and available online by 2015.

Public Record Office Victoria are excited to have entered into an internship agreement with Monash University Faculty of Arts to help uncover case studies for the project and provide students with industry experience to aid their career path.

"My name is Alex Williamson, and I'm studying Arts and Economics at Monash. I'm a third year student, and my Arts major is history, with a minor in literature. During my time at PROV I'll be working on the Battle to Farm project, which concerns soldier settlement after World War One. In particular, I will be researching the economic side of the scheme, both in terms of the macro picture of the state and global economics during this period, and the individual economic struggles faced by the soldier-turned-farmer. So far I've gathered a lot of information and statistics, and a few interesting stories about soldier settlers, their families, and the land. 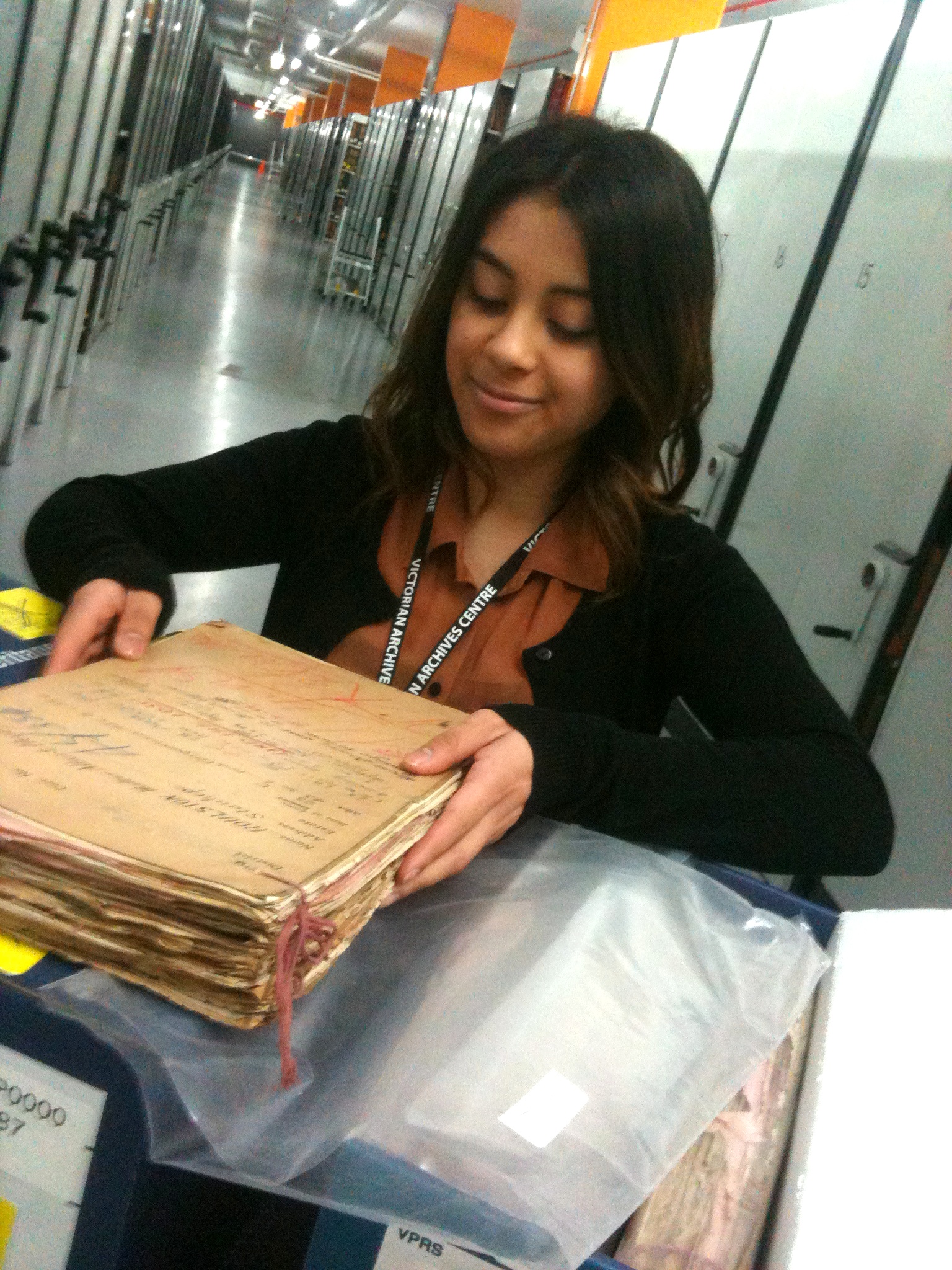 "My name is Chelsea Delpirou, and I am in my 3rd year of my double major in history and literature, at Monash University, Clayton. Last year in 2013, I worked with the National Archives of Australia to research the Repatriation files from WWI, revealing the stories of damaged and dependent veterans, highlighting the true cost of war for Australians. Sparking my interest, this year with PROV, I was given the opportunity to research a Governmental approach to increasing labor and productivity through giving WWI returned soldiers their own farms to build a living. Unfortunately, the scheme produced mixed results leading to many discharged soldiers walking away from their farms. Working with PROV, I will be specifically focused on changes within society, if women received land, and if Aboriginal and Chinese Soldiers received land. I hope to highlight various case studies to reveal the successes and failures of the Government’s Battle to Farm." 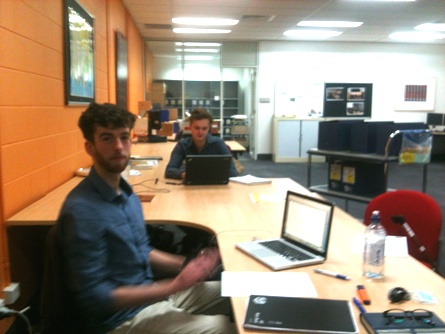 "My name is Alex Dubout. I’m a second year student at Monash completing a Commerce/Arts degree, majoring in Finance and History respectively. I got involved with Public Record Office Victoria through the Professional Placements Office of the Arts Faculty. Several of the units I have completed so far have focused on understanding the effects of war on the role and prominence of the nation-state and national identity.As such, this project appealed to me as a means of extending the breadth of my learning on that topic, whilst also getting the opportunity to assist PROV with real-life historical work in a non-classroom environment.

I have already learned so much more than I previously knew about this ill-fated-and now largely forgotten-chapter in the story of Victoria. One of the most striking things I have noticed about the soldier settlement scheme is the political climate in which it was conceived, and how blithely indifferent many leading figures of the day were towards the enormous difficulties they knew soldiers were going to encounter along the way. PROV’s files on these soldiers have demonstrated over and over again that it was them and their dependents that were left to carry the heaviest burdens that the flawed scheme created, and many suffered greatly in their noble efforts to persevere and make a go of living on the land."

The project has been funded by the Veterans’ Branch of the Department of Premier and Cabinet as part of the Centenary of Anzac commemorations.

Stay in touch with the Archives here, https://www.facebook.com/PublicRecordOfficeVictoria and here https://twitter.com/PRO_Vic