What Federation Square could have been
Jun, 11 2011
Exhibitions

We could have had a giant crocodile for the banks of the Yarra, or one of a hundred giant kangaroos or koalas or even a Greek column taller than the Eureka Tower. Instead we have Federation Square. Missing the Mark, currently showing at Melbourne's Old Treasury Building, imagines what could have been following the Victorian Government’s 1978 Melbourne Landmark Ideas Competition.

The competition sought a landmark for Melbourne to rival Sydney’s icons and conceal the wrinkles of the unsightly Jolimont railway yards. Open to anyone, the competition attracted more than 2000 entries of various feasibility – from a pair of monumental mammaries (with revolving restaurants in the nipples), boxing kangaroos, enormous hanging gardens and numerous pyramids. Full of imagination but often short on practicality, most entries understood the site’s public potential, suggesting a tourist centre, gardens, galleries, bars, cafes and a radio and TV station – all of which have come to fruition.

Big things were certainly the order of the day, but unfortunately were not to be as judges – including future NGV director Patrick McCaughey – stormed off the selection panel and the competition was canned in 1979. Imagine what could have been in Missing the Mark: The Melbourne Landmark Ideas Competition 1978 at the Old Treasury Building until September 2011. 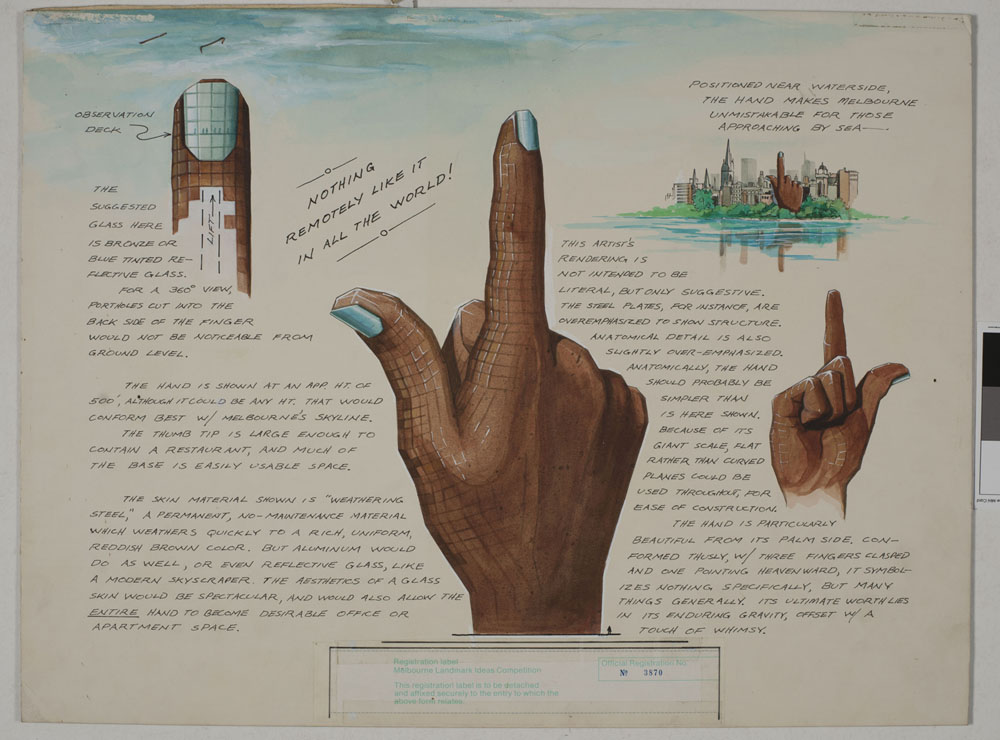 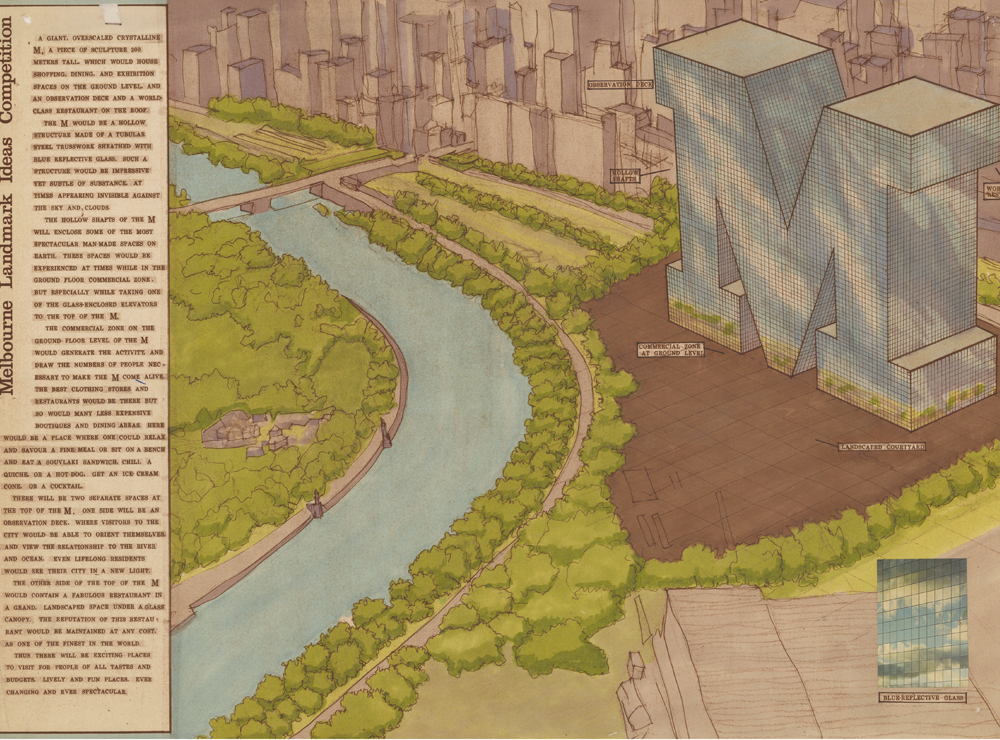 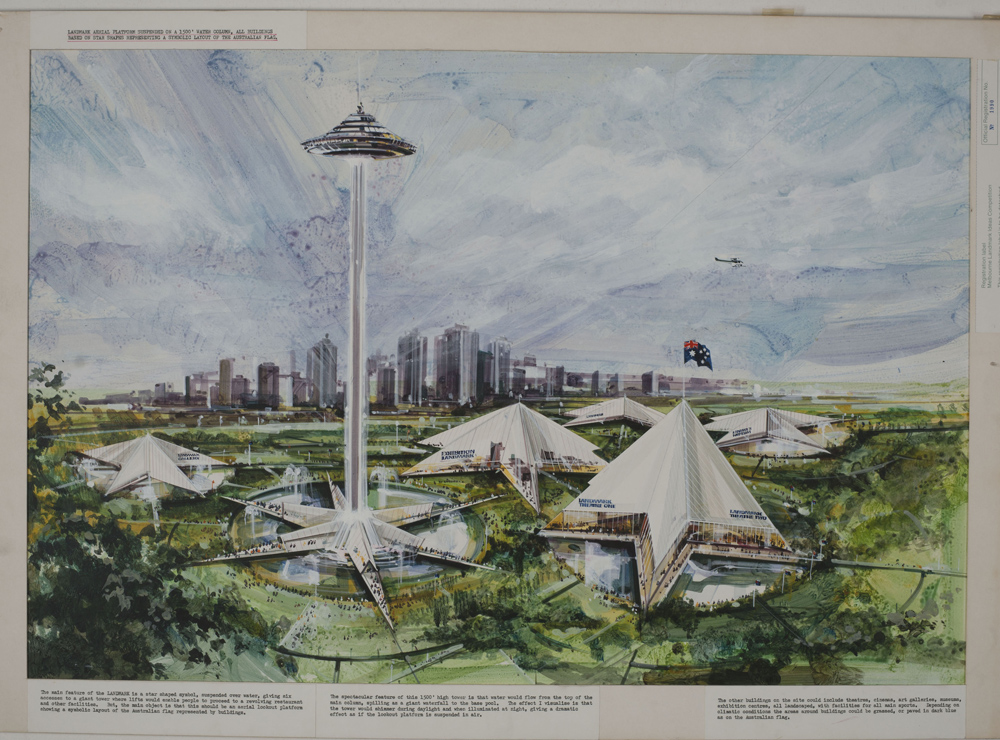 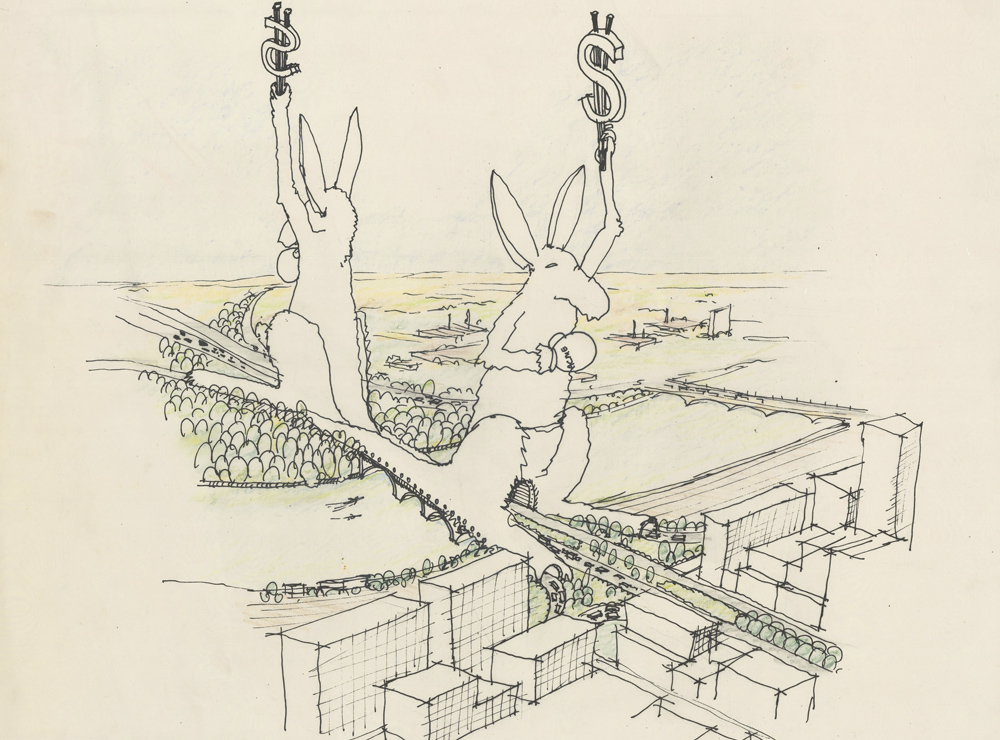