Born in Plymouth, England in 1818, Crawford Atchison Denman Pasco established his long career on the seas with the Royal Navy at the age of 12. By 1837 Pasco had been involved in the Portuguese Civil War, the Battle of the Scheldt, the siege of Oporto and had been witness to the repercussions of revolutions and earthquakes in Peru and Chile. By 1839 Crawford was serving on the Beagle, which had been engaged to survey parts of Australia’s northern and western coasts, which had been integral in the discovery of the Adelaide River, the future port of Darwin and the Victoria River. From 1842 he had been involved in survey work in Bass Strait, sailed via America to the Far East, South Africa, Van Diemen’s Land, Canton, Singapore, Penang, Borneo and the Philippines, where he carried repatriation money from the Opium War and is said to have ‘subdued a rebellious rajah’.

In 1852 Crawford Pasco set sail for Australia as a passenger on the P. & O. Co. steamship Chusan. It was Pasco who navigated the way through Port Phillip Heads. Once in Victoria he retired from the navy and was appointed as a police magistrate and helped to organise the expanding Williamstown water police force. Dealing primarily with deserting crews, he was instrumental in convicting sailors imprisoned in hulks instead of a Melbourne gaol.

Retiring for the second time at the age of 60 Crawford Pasco became a founding member of the Victorian Branch of the Geographical Society in 1884 as well as the chairman for the first Antarctic Exploration Committee, which was heavily involved in encouraging support in Australia, Scandinavia and Great Britain from politicians, scientists, whalers, explorers and philanthropists.

In 1878 Crawford Pasco became the owner of ‘Mt Edgecombe’, one of the first buildings of substance and scale in the west end of Queenscliff. The Pasco’s summer residence still stands today.

Donated to PROV in 1983 were seven sketches varying in content and size by Crawford Pasco. These sketches were all produced in 1873 by the retired naval officer and include ‘Queenscliff from Life Boat pier’, ‘View of Port Albert August 1873’ and ‘Original Homestead of Stevens, Willis and Swanston at Queenscliff’. 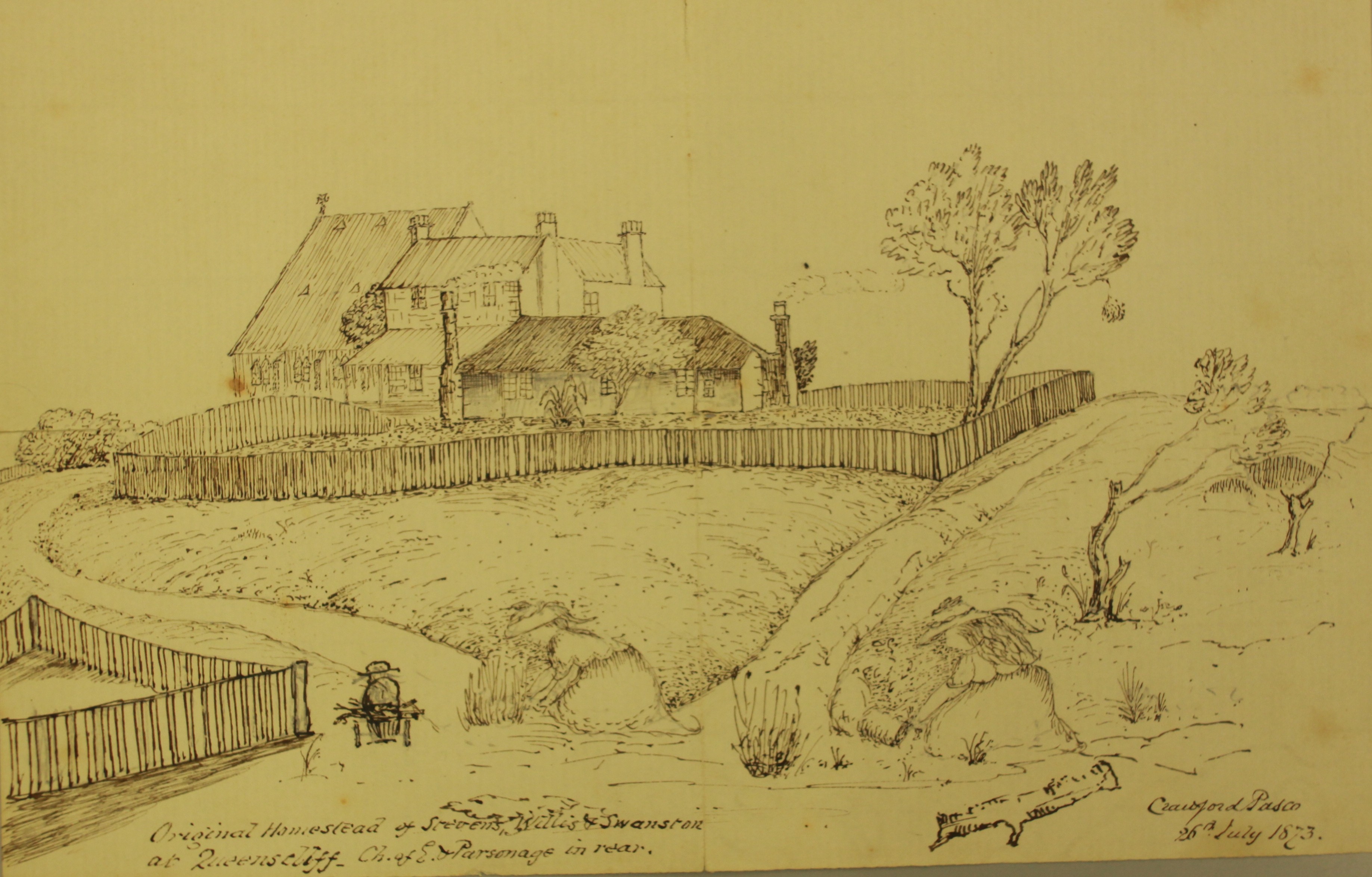 To find out further about Crawford Pasco you can consult the following PROV resources: