This is a fascinating series comprising of 67 of 68 bound volumes transferred into the custody of Public Record Office of Victoria by the Public Record Office of South Australia.  The series includes original photographs of convicted persons, listed offences and prior convictions, place and date of birth, details of arrival in Australia (if applicable), education details, distinguishing physical features, “VR” number reference and docket reference.

Further volumes are opened as the 75 year closure period elapses.

The series provides and interesting glimpse into the changing punishments in the criminal justice system. One example is the case of a prisoner who committed Manslaughter in 1925. He was sentenced to15 years hard labour and to be “thrice whipped with the cat-o-nine-tails, each whipping to consist of 15 lashes”.  Application of leave of appeal was granted four days later, the Governor General decreed the whippings were omitted, but otherwise the sentence was to stand.  In 2013, this punishment is shocking for us to contemplate. 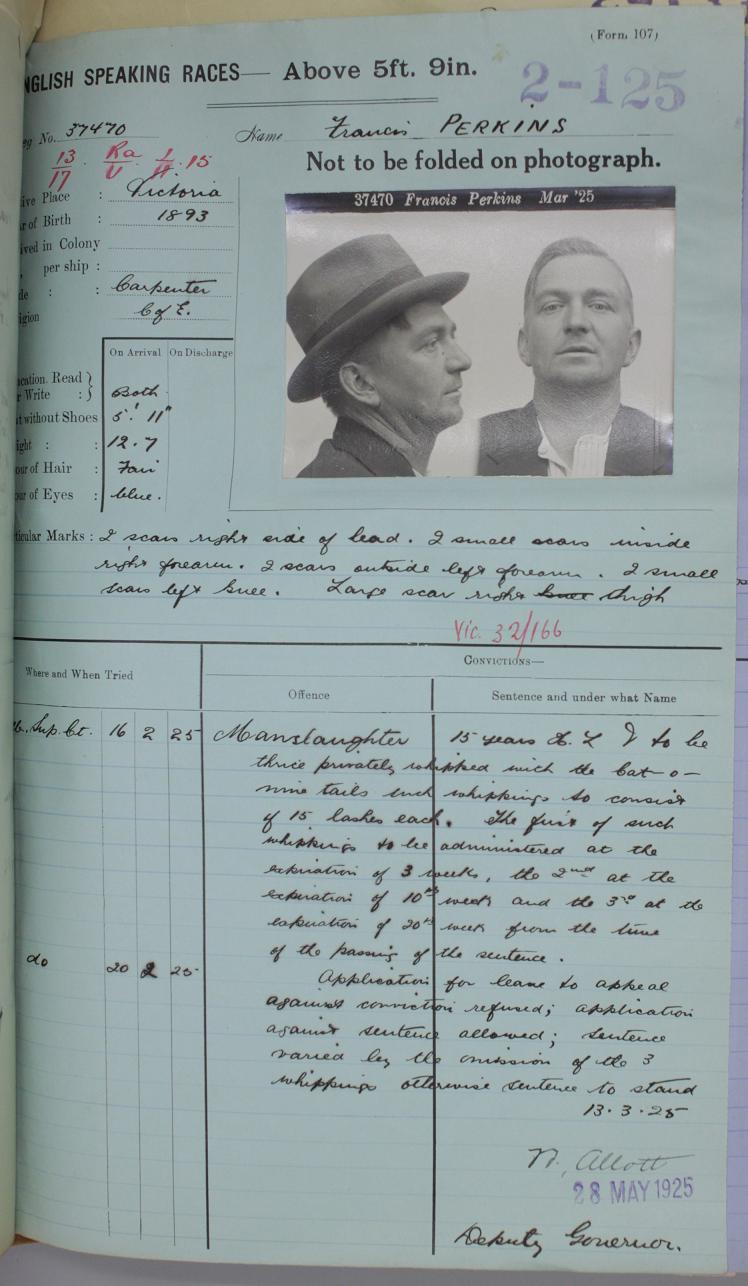 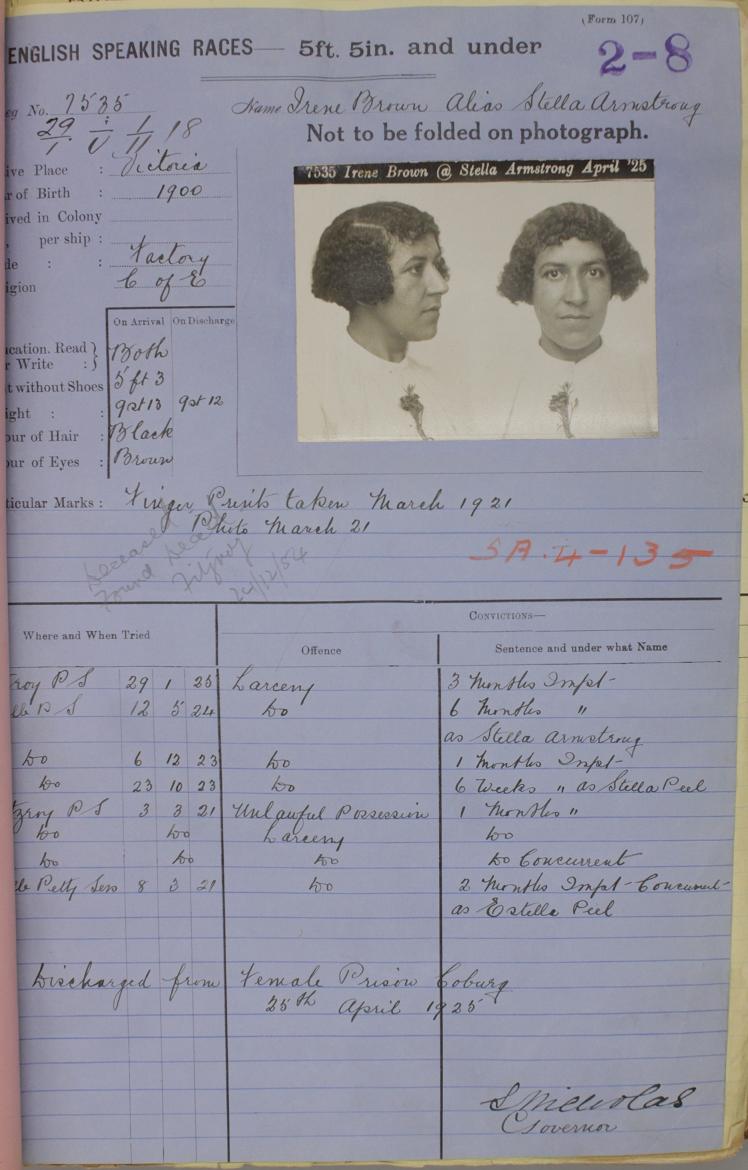